I’ve long been a fan of this coastal part of Northern France, partly because there are never too many tourists as they always hurry through. The cooking is always reliable, particularly at bistro level, and the stinky Marouilles cheese is one of my favourites.

The Côte d’Opale or Opal Coast stretches west from Calais along the English Channel, and gets its name from the interplay of grey and blue, between sky and the sea. This is going to be my constant view for the next two days, with the white cliffs of Dover in the far distance.

I arrive in Calais via Eurostar on a bright sunny afternoon. The weather is set fair and as I make my way to the beach I’m surprised to find it almost deserted, just a couple of dog walkers. I can make just make out the white cliffs of Dover as car ferries ply their way to and fro.

The tide is out so I make my way along the beach, on firm sand, passing numerous break waters. Ruined remains of WW2 bunkers and gun emplacements are reminders that this was once part of Hitler’s Atlantic Wall, built to prevent an allied invasion.

After an hour, I reach Sangatte’s large radar mast, and leave the beach to walk on a surfaced track on top of the newly renovated sea wall.

By now there are lots of people enjoying the morning sunshine, but I’m soon back on my own as I head off upwards into the countryside.

I’m aiming for Cap Blanc-Nez, the highest point around, although only a measly 120m high. It’s marked by a grey obelisk, built in 1922 as a memorial to the WW1 Calais squadron who patrolled the Channel.

The views across the sea to the Kent cliffs are stunning, and the place is a magnet for tourists. I leave the crowds and pass more WW2 bunkers before descending to the beach. I can now make out the holiday resort of Wissant in the near distance and the other high point, Cap Gris Nez, far behind it.

It’s about another hour along the beach and I dodge kite surfers and wade shallow rivers before arriving at my destination.

Children are frolicking in the waves and the village is in full-blown holiday mode. Restaurants on the sea front promise moules frite and platters of fruits de mer, but I settle for a beer to celebrate the end of my day’s hiking.

It’s another glorious morning and I set off early as I’ve more ground to cover today. My feet are slightly sore so I walk along the sand in bare feet, letting the salt salve my blisters. Hardy joggers and a couple of swimmers are my only companions and at the water’s edge tractors are buzzing around the mussel poles.

I’m aiming for Cap Gris-Nez so after an hour, leave the beach at La Sirène, climbing upwards through wild flowers towards the lighthouse. It’s visible for miles around and is an essential beacon for Channel shipping. During WW2 this area was heavily fortified and I pass German bunkers as I follow the track down to sea level.

When I reach the shore, the track stays on the land, but there’s still three hours before high tide so I prefer to walk on the beach. It’s slightly tricky as there are rocks and boulders to negotiate before I reach the small fishing village of Audresselles.  The seafood restaurants are tempting me but I press on, walking on the pebbles.

Ambleteuse has an impressive Vauban fort, built in 1680 to guard the estuary of the River Slack. It’s only accessible at low tide and the path diverts inland but I’m able to wade across the channel with the shoes in my pack. Still more beach walking before climbing across a headland on a sandy track. I drop down back to sea level and reach Wimereux, with its busy promenade complete with a big wheel, and stop for an ice cream.

I’m now on the home stretch and the path leads away from the coast before passing through sand dunes to the Pointe de la Crèche. Steep steps lead upwards and I traverse car parks full of camper vans, as I carry on along the cliff.

Finally I drop down to sea level and reach the beach at Boulogne, packed with windsurfers and swimmers. There’s just time to visit Nausicaä, the largest aquarium in Europe, before I enjoy an excellent dinner La Matelote, just opposite. I’m celebrating an exhilarating two days of walking along one of France’s most attractive coastlines.

You may also like: Visit these pretty French towns by car

France has a network of long distance hiking trails and the GR120, also known as the GR du Littoral, runs 285km from the Belgium Border to Mer-les-Bains on the edge of Normandy. It’s well signed and there’s plenty of accommodation along the way.

Ibis Styles Calais Centre is a comfortable base in Calais,

Hotel La Matelote is a classy establishment with Michelin-starred food in Boulogne. 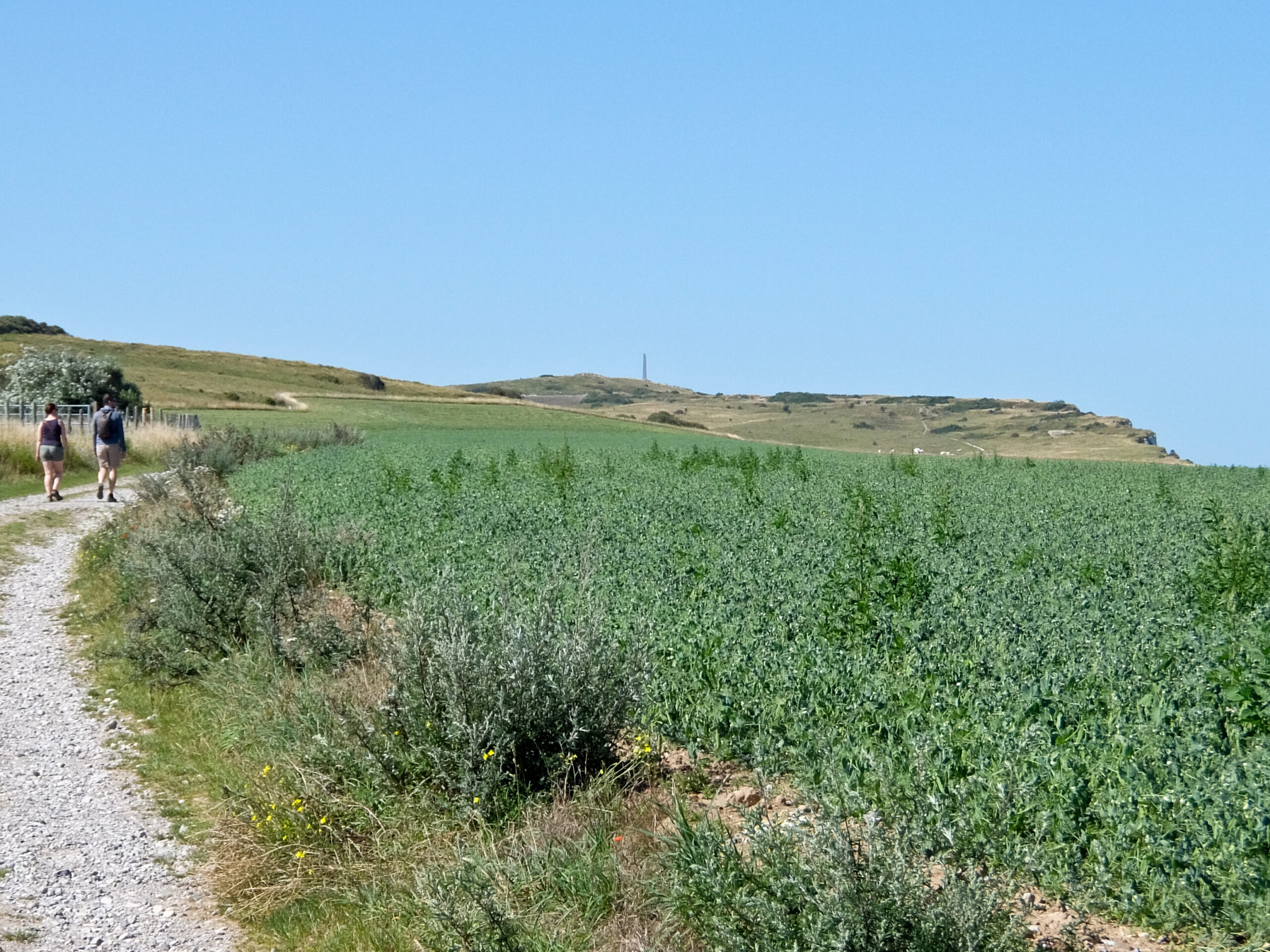 A rare vintage: capturing the essence of Africa