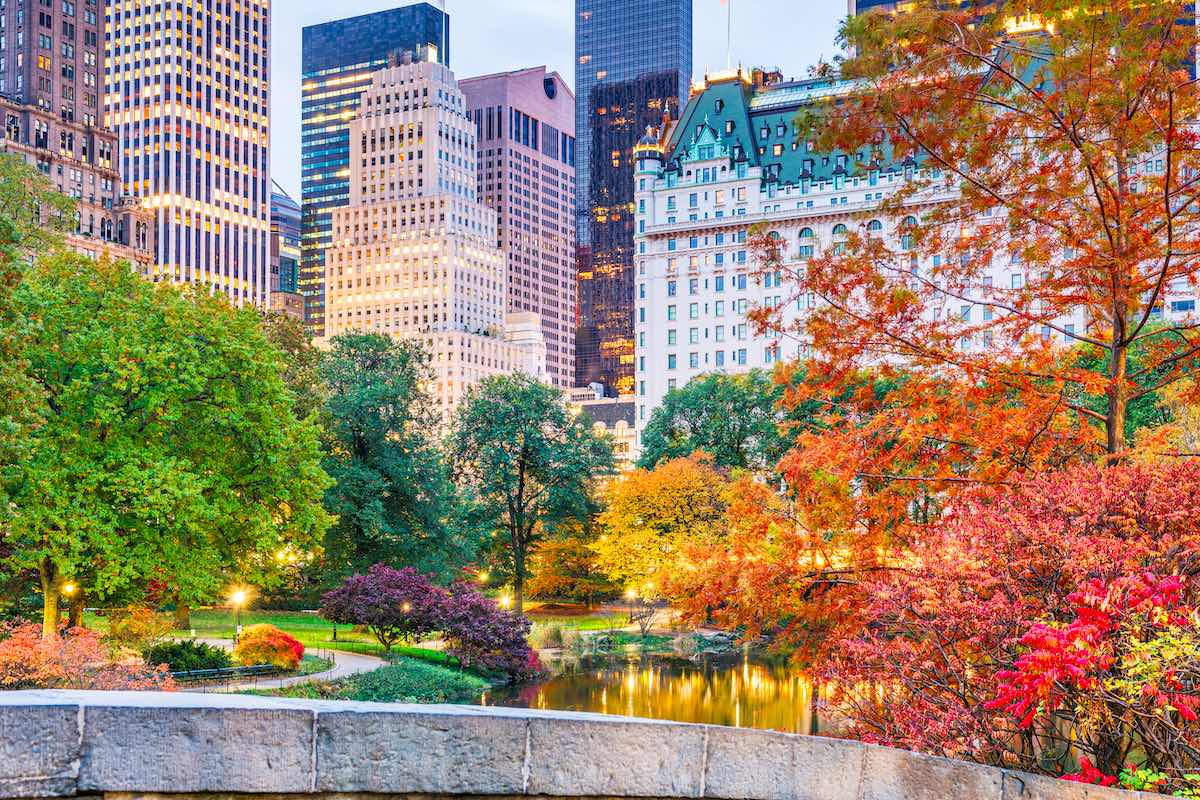 With travel prices expected to rise for the winter vacation months and the shoulder season upon us, it looks like the fall is the best time to book your next adventure, whether it be international or domestic. And for all of you wanting to visit New York City now that the summer tourists have left, there’s a bunch of reasons why you should starting planning your trip in the near future.

Here are some of the perks and best reasons why the fall months are the perfect time to book your trip to New York City.

Best Time To Book Your Flight To New York City

If you’re worried about a big spike in flight prices for the last few months of 2022, from analyzing the trends it looks like October is currently the cheapest month to book that trip to New York City.

We checked out the latest flight prices on Skyscanner, did a search for the “Cheapest Month” for flights from cities across the U.S. to New York and October came up as the best month.

We reported last month that New York City was the most expensive city for air travel in the U.S., but those prices are now dropping.

If you want to plan a December trip to New York City, we also recommend booking that flight in October to lock in the best price. New York City during the holidays is nothing short of magical, so know there are still ways to find the best prices for that trip.

And according to Hopper’s Fall Shoulder Season guide, flight prices will be the cheapest when booked 3-6 weeks before your scheduled departure. This rule currently applies to booking domestic trips in the U.S. The average posted in Hopper’s guide on flights to New York City is $212, down $138 dollars compared to this summer.

So if you want to head to New York City for the holidays, check prices in early October (and set up a price alert!) to start the booking process. Price alerts can help you predict when the best window for booking is according to the price trends, and you’ll be able to grab that flight deal before prices rise again.

For hotels, a lot of prices will drop by end of October and through November, because it marks the end of the high season (or the beginning of the low season, depending on how you look at it!). Hotel prices will go way up for the last two weeks of December and into January, so try and lock those prices before they spike.

Visiting New York in November means that you might see the first snow, wander around without all the big crowds, and experience get the tail end of the fall colors.

Another great reason to book (and travel) to New York City during the fall months is to experience the foliage. On top of air travel, on the ground travel is ramping up to New York, with Amtrak recently adding routes from Canada as well as this New England city.

A bonus about booking your trip to New York in October is that the summer rush is over, New Yorkers are heading back to the city from the countryside and things are getting back to New York time. With the summer tourists gone, you can enjoy the fall months with locals and experience the fall foliage.

As of the time of writing, the Amtrak strike will not affect train routes to New York City.

Here are some things to keep in mind the next time you visit New York:

Broadway doesn’t have to be expensive: You don’t have to spend big $$ to see a Broadway show! Broadway is back big time and 2022 has seen some amazing shows so far. And, seeing these performances on the cheap has never been easier.

Don’t take Ubers everywhere: Getting around by ride-share apps like Uber might seem like the quickest way to get around New York City. But if you’re in town for more than a few days, consider traveling around by subway. The New York City MetroCard is just over $30 for 7 days of unlimited travel on the MTA, so you can get around all 5 boroughs for a week for the same price of about two Uber rides.

Booking your hotel for shoulder season, and last-minute: When looking for the best hotel deals, it’s always a good idea to check third-party sites like superboxtravel.com as they post cheap last-minute hotel deals for any destinations.

There’s a TON of free things to do in New York: Check beforehand for any events like free museum days before your trip so you can make your itinerary as budget-friendly as possible. There’s also so many free things to do in the city that are worth checking out. The fall months is also a great time for walking around, and one of the best ways to explore New York is on foot.