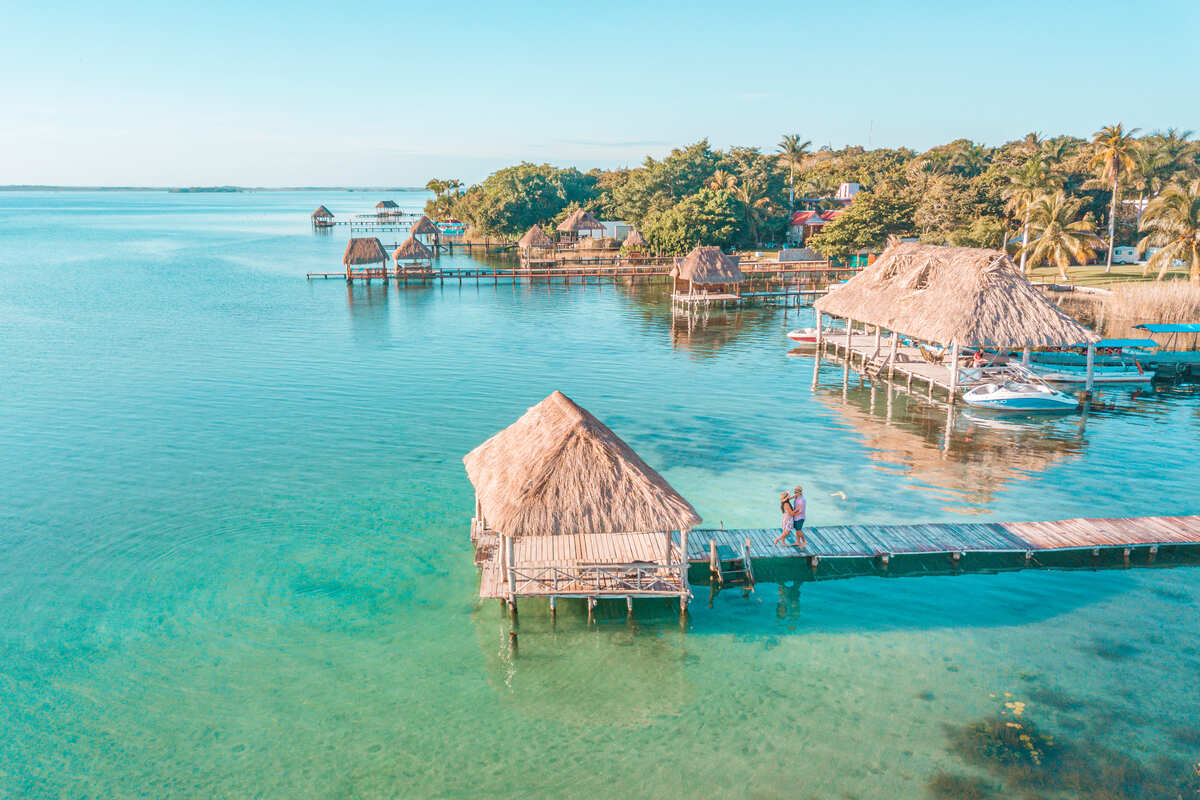 Bacalar Growing In Popularity As The New Tulum

For years, Tulum has stolen the spotlight as the trendiest place to take an unforgettable vacation in the Riviera Maya, due to its close proximity to sandy beaches and iconic Mayan sights. However, having suffered from overcrowding and unsustainable tourism in the last decade, all eyes are now on Bacalar, a trendier, far more quaint town just two hours south.

There’s no denying the Mexican Caribbean is America’s favorite vacation spot. Being a short two to four-hour flight from several U.S. cities, and comparatively safer than other sunny retreats in other parts of the country, its popularity has kept growing in spite of the health crisis and could be reaching a new peak this winter.

The only downside to this remarkable success? In some places, it hardly feels like Mexico anymore, which leads some to question:

Overtourism has become a serious issue across the world’s top destinations, pushing up rental prices amid an influx of foreign investment and slowly erasing their identity. Serving as a gateway to the Mayan World, Tulum is certainly no exception: as other senior Americans who have been traveling to Mexico for decades will be able to confirm, it was once an off-path village not that many tourists were even aware existed.

In the 90’s, prior to being ‘discovered’, Tulum had a population of just over 2,000 inhabitants. These were mostly local fishermen, artisans, and land workers who led a peaceful life, shielded from the hustle and bustle of nearby Cancun and its overwhelming internationalization.

By the year 2000, they had already jumped from a two thousand people-strong tight knit community to 12,000. An irreversible transformation had been set into mention, and in the years that followed, amid the surge in high-caliber hotel development and the fading demand for budget trips, Tulum’s small, Mayan town magic was lost.

Others weren’t so ‘lucky’:

Is Bacalar The New Cool?

Located only a two and a half hour drive south of Tulum, or alternatively, a shorter 23 miles northwest of Chetumal Airport, a Southern Mayan airport that hosted its first-ever direct flights from the U.S. this year, there is a sleepy, largely overlooked town that remains one of Mexico’s best hidden secrets – at least for now.

A Pueblo Mágico straddling the Lake of the Seven Colors, Bacalar dates back to the colonial period of Mexico Featuring an 18th century military fort, a charming downtown area where heritage buildings can be found, and most importantly, natives live in to this day, it is the ‘quintessential Mexico’ we thought had been lost forever.

Visiting Bacalar, Kashlee Kucheran, who’s a travel expert based in Mexico and CEO of Travel Off Path was quoted saying she felt ‘safer’ walking in Bacalar, even at night, than most cities in Quintana Roo. Moreover, she noticed locals have not been ‘pushed out’ by the hotels, and the threat of crime, which led Cancun authorities to deploy more patrol units on beaches, is definitely ‘low’.

Mrs. Kucheran added that while Tulum has a lot of ‘magic, charm and intrigue’ – it is, after all, an Ancient Mayan port – it is being ‘spoiled’ by consumerism. Bacalar, on the other hand, hasn’t been tarnished by the masses: ‘Bacalar is a breath of fresh air for people who are still looking for nature, community, and all the beauty that the Yucatán Peninsula has to offer.‘

What Can You Expect Vacationing In Bacalar?

If you’re looking to splurge, party hard, and live your best ‘Instafluencer’ life, Bacalar isn’t for you: it is an emergent resort town recovering from a natural phenomenon that turned its famous lake’s pristine waters brown for a couple of years, and you certainly won’t find your ultra-niche dining options or a Plaza Las Americas here.

Don’t get us wrong: whether you’re into carne asada or you’re a devoted vegan, you’re certainly spoiled for choice here, but then again, don’t expect to find the same variety of high-end restaurants and American style diners you would in Northern Quintana Roo. Lots of restaurants and shops in the central district are family-owned, and Spanish continues being a lingua franca on the streets, proving community comes first, and tourism second in the area.

The same cannot be said about an increasingly internationalized Tulum. Here are some pros and cons of visiting Bacalar instead:

*The boutique Casa Hormiga Hotel, one of Bacalar’s five-star offers, has a jungle aesthetic and it is a true nature oasis, with rooms starting from only $236.25 per night.

*Nonetheless, it is home to a lagoon with the bluest of waters and it is located a one-hour drive from Mahahual Beach;

**Flights between the U.S. and Chetumal were axed last summer due to low demand

As you can see above, unless being ON the sea is non-negotiable, you’re financially prepared to pay some of the highest taxi fares in the world, and hallucinogen-ridden raves at the beach are your vibe, Tulum doesn’t have much going for it.

What The Future Holds

Tulum may have become a regional capital for luxury tourism, but some might argue it’s sacrificed its essence in the process. Luckily, there are a number of other settlements left around the Yucatán Peninsula that have managed to promote tourism, all the while retaining the authenticity that made them famous in the first place. Bacalar is one of them.

When flying to Mexico, the vast majority of international visitors have their hearts set on beach getaways: 25 million of them would normally pick the Cancun-Tulum resort strip over anywhere else, and we totally get it. There are tons of more flights landing in Cancun, the coast – when it’s seaweed-free – is absolutely stunning, and hotel amenities keep getting better.

The problem is, once again, mass tourism.

It has permanently altered Tulum in character, turning it into a soulless resort town plagued by taxi scams, potholes, and densely populated. We don’t know what the future holds for Bacalar’s once it is formally ‘outed’, but it’s a fact it’s not quite there yet, and it still makes for a far more relaxing, more genuinely Mexican vacation.