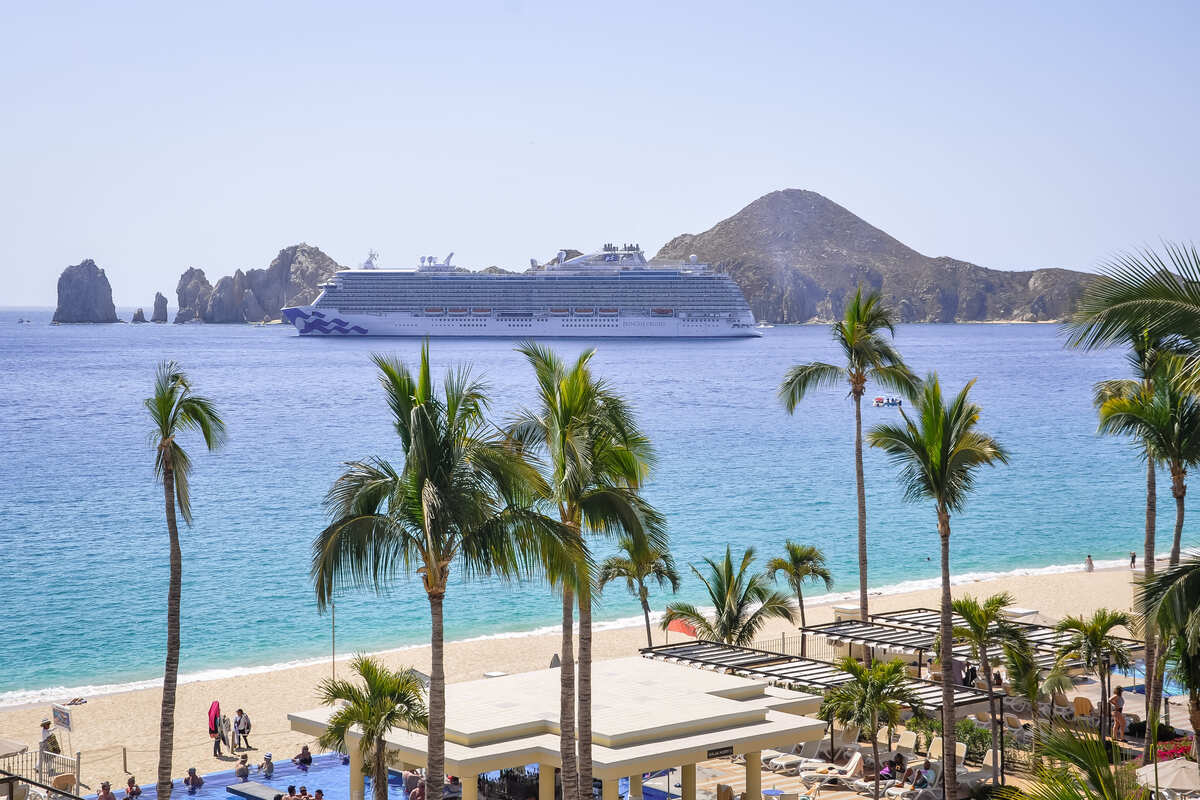 In a surprising turn of events, Los Cabos is now on course to take the crown as Mexico’s number one destination, based solely on the growth it’s experienced this year and its post-Covid recovery. While Cancun is still Mexico’s most popular vacation by a large margin, Los Cabos is openly challenging the Caribbean powerhouse by posting record arrival numbers.

In fact, not even Cancun has had a booking surge as pronounced as the Pacific capes have, and we can understand why. It is simply one of the most developed tourist zones in Mexico, with a 19-mile resort stretch linking the popular vacation hotspots of Cabo San Lucas and San Jose del Cabo, and Latin America’s unofficial golf capital.

It’s been a long time coming, but it looks like Mexico’s once-overlooked Capes are finally being acknowledged for their greatness.

In the first official post-pandemic year, Mexico has been named the King of Tourism. It may have always been a major destination prior to the virus hitting, but in 2022 it took it up a notch by investing heavily in security and the development and/or relaunch of new attractions, including colonial cities.

Due to its many efforts to hold on to the crown, Mexico has extended its reign as a regional leader even after some of its strongest competitors, like Costa Rica and Colombia, reopened for tourism. While we cannot discredit Cancun for playing a huge part in re-introducing Mexico to the world, it’s Los Cabos that has unarguably stolen the spotlight here.

According to Mexico’s National Institute of Statistics, Geography, and Informatics, the Cape duo has ranked number three in Mexico’s favorite vacation destinations list, having risen considerably compared to previous years. More specifically, tourism is already two times higher than it was in 2020 and 2021, and it has shown no signs of slowing down.

As the Cabo Sun reports, Los Cabos has a ‘strong hotel occupancy’, even in September, which traditionally sees a dip in bookings due to the low season. In fact, Los Cabos will be dangerously close to surpassing Cancun in occupancy numbers should it keep the momentum going heading into the fall and the colder winter months.

The numbers don’t lie: according to Reporte Gemes, an agency tracking tourism trends across Mexico, Cancun still leads the country’s recovery with the largest number of international arrivals. This winter alone, the Caribbean hub is set to host more than 9 million visitors, so no surprise there. What’s more interesting is the (unexpected) runner-up.

In July, the peak of the Northern Hemisphere summer, Los Cabos registered a 32.6 percent increase in tourism compared to 2019, the last year of the pre-pandemic era. This is enough to make it the number two most sought-after vacation in Mexico (for now). To draw a comparison, Cancun rose by a much more moderate 26.6 percent.

Yes, it is Mexico’s indisputable leader, but it is recovering much more slowly or even losing ground to the fast-growing Capes. So far in 2022, Cancun has accumulated a 14.6 percent growth, while Los Cabos has grown by 17.9 percent. Judging by these data, one thing is clear: Mexico’s Pacific Coast is closing in on the Mayan Riviera.

Why Has Los Cabos Come Back From The Pandemic Much Stronger?

Commenting on the Capes’ impressive rebound, Javier Olivares, President of the South California Association of Timeshare Developers, has listed Los Cabos’ ‘handling of Covid-19’ as one of the reasons why it’s seen this huge popularity boost. Like much of Mexico, Los Cabos has kept the borders open throughout the crisis, even in the wake of Omicron.

Masks and social distancing may have been advised at one point, but the Pacific gem refused to shut itself down. The same cannot be said about most of America, particularly South America, where only a handful of countries welcome Americans with no restrictions. Mr. Olivares also mentions ‘more tourism promotion’ and low crime levels as relevant factors.

He reaffirmed Los Cabos is a low-risk destination where ‘high-impact accidents or crimes do not occur‘, something that had already been asserted by the destination’s place on the U.S. Level 2 Advisory list, alongside Cancun. This means Americans should exercise ‘increase caution’ when visiting, but there’s no need to avoid Los Cabos or ‘reconsider travel’.

The Mexican states U.S. citizens should refrain from visiting, both due to crime and kidnapping risks, are:

*Kidnapping cases have not been reported in Guerrero specifically, though crime is still a concern.

Despite its safety and successful comeback, the Capes still have a long way to go until they can be proclaimed Mexico’s top tourist destination – though they are surely inching ever closer to that goal. As things stand, Cancun and its home, the stunning Riviera Maya, remain the country’s crown jewel, but maybe this status will change in future years.