Hunting
Back in the early ages we were hunters and gatherers, so our lifestyle was looking more at animal behaviour and the weather. When we had rains at a certain area, usually around September, we would go and prepare a temporary shelter knowing that there would be green pastures and a good concentration of wildlife. The eland was the main animal to be hunted; it is big and could sustain the whole extended family, and during that time the elands would have enough meat and fat. The bone marrow would be used as edible oil or cooking oil. This hunting would normally start around November when the animals had gained weight and were healthy because of the green vegetation they had to feed on.During this season as well there would be edible Kalahari tubers, kaukau cucumber and wild carrot that would be collected to be eaten and also to obtain water from.

The dry season was mostly when the traps were used, mostly for small animals like steenboks, duiker and springboks. With these you could catch as many as possible for feeding the whole family. These small animals feed on pod seeds like the black thorn, false albizia, which they make a trail to, so you recognise these trails and that is where you place your trap. Sometimes we would catch a Kori bustard with these traps, as it looks to feed on tree gum. When tracking, you first have to know the type of animal that you are tracking.

Medicine
There is a plant called the Kalahari coffee bean, which has long pods with brown seeds when they are ripe. When they are green we can eat them, but once they have turned brown we then roast and crush them into powder. This will be used as medicine for children from the age of one day to 16 years: you mix it with the mother’s and father’s blood, then blow into the mixture and feed it to the child to protect it from evil spirits. This can also be used as medicine for a headache.

There is also a mixture of cats claw and umbrella thorn leaves that can be used to cure headaches and also diarrhoea for kids.

Growing up
Since men would go out hunting, the women’s role was to gather different tubers for eating, and to train the young girls and boys on which tubers to collect. They would do this by giving a sample to the children and telling them to look for the same thing.

From the age of 10 the boys would be trained by men in tracking, starting with the small tracks, even of birds such as the koran. We have two types of koran in the Kalahari, the northern black and the red crested, so the trainee would have to learn the difference between them. The older men would draw the animals’ tracks on the ground and ask the boys to identify them.

They are ready to hunt from maybe the age of 15. When they make a kill, the belief is that your sisters, mother and anyone else who had a miscarriage would not eat from your kill because it is thought that they will give bad luck and you won’t be able to make any kill in your next hunt.

Kuru Art Project, D’Kar
Well worth the two-and-half-hour drive from Maun, the Kuru Art Project outside Ghanzi offers an alternative means of experiencing Botswana’s oldest culture. The community project consists of 20 San artists creating crazy colourful masterpieces that celebrate Botswana’s beasts, botany and beliefs. Vivid paintings, prints and even embroidery preserve stories of the Naro San. Perusing the works of the small studio complex (free to visit), it’s easy to see why the group has had exhibitions in over 15 countries, including Japan. Don’t miss the little museum next door either – easily the best honour to San culture in the country right now.
By Melanie van Zyl 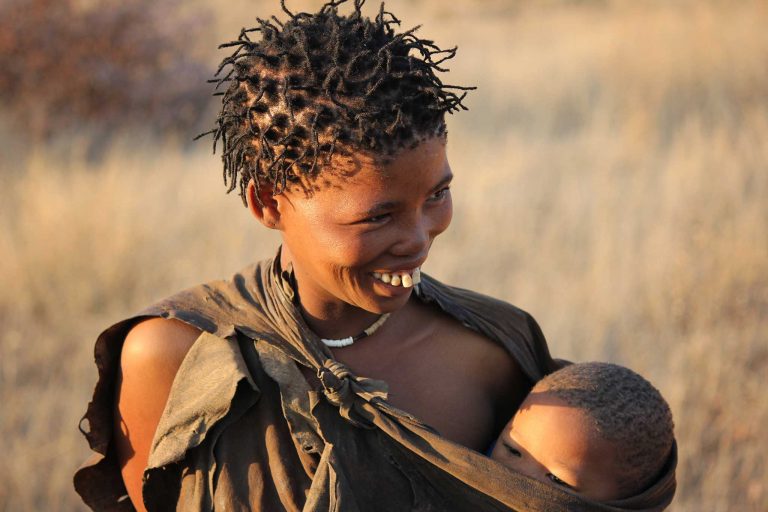 How to Visit Cusco & Machu Picchu on a Budget

UK Roadmap Out of Lockdown Leads to International Travel by July