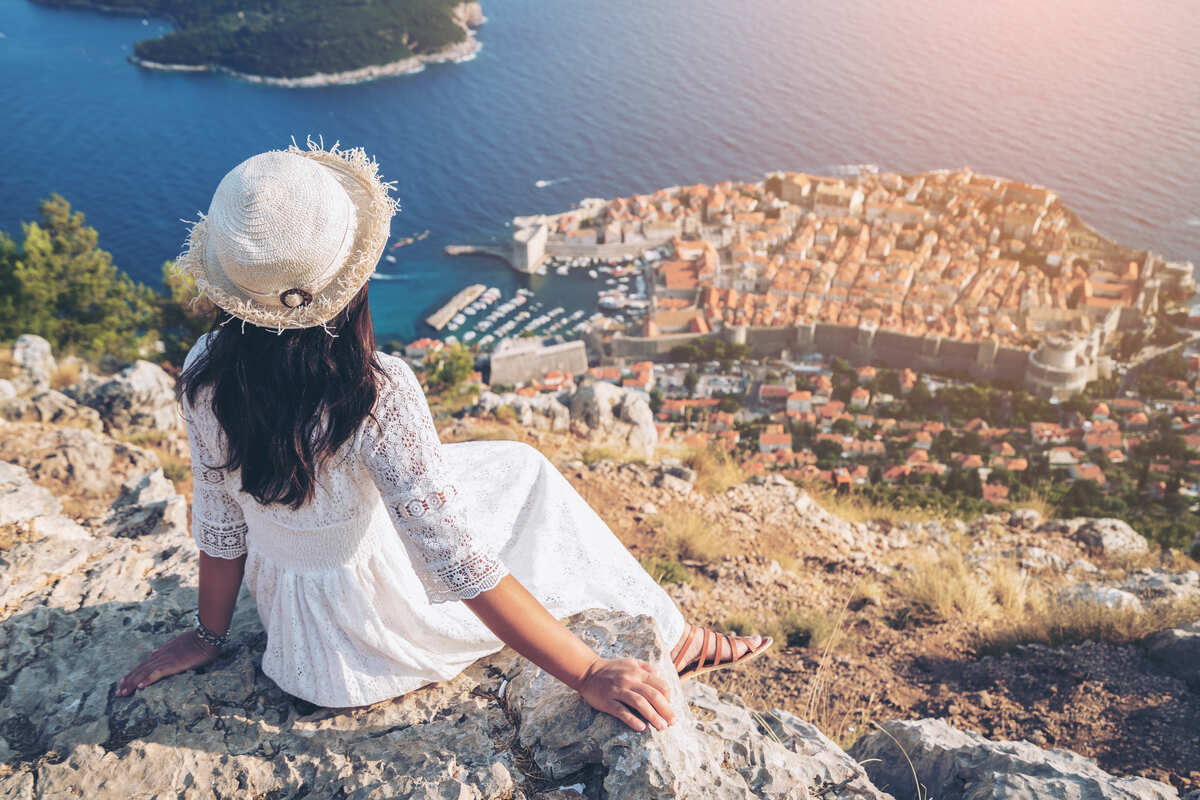 These Are The 28 Safest European Countries For Americans To Visit

The U.S. Department of State has continued to update its travel advisories on Europe, based on safety concerns and other factors that may affect travelers. Countries can be classed anywhere between Level 1, the lowest alert level, or Level 4, when travel should be avoided at all costs. Based on this risk assessment, we have compiled a comprehensive list of the safest European destinations for U.S. travelers.

If you’re expecting some of America’s favorites, including the United Kingdom, Italy, or Germany, you might be in for a surprise.

What Makes A Country Safe?

The States’ classification of a safe destination, or otherwise, is based on simple criteria. Those that keep criminality under control, do not face a recurring threat of terrorism, and are not undergoing a moment of civil unrest, or even at war with foreign entities, are normally granted a Level 1 status.

Moving down to Level 2, nations within this category are not necessarily dangerous to visit – some of the least dangerous in Mexico are included here – but they may have moderately higher crime levels or face other local issues. For instance, during the pandemic, several countries earned a Level 2 stamp, or superior, due to their Covid risks – even traditionally ‘safe’ countries like Iceland.

All in all, Levels 1 or 2 are the best an international destination can strive to be. On the other hand, Levels 3 and 4 indicate more serious challenges. The former refers to countries where travel must be reconsidered, be it an unstable political situation, violent protests, high crime rates, or a combination of factors. Lastly, Level 4 countries should not be visited under any circumstances.

Traveling to Level 4 areas, Americans generally risk being targeted based on their own nationality, or getting caught up in difficult situations where consular assistance may not be easily provided or even be available at all. Luckily for U.S. citizens with their hearts set on Europe for the forthcoming winter holidays, only four European/Eurasian countries are currently deemed unsafe.

The 28 Level 1 Destinations In Europe

In total, 28 destinations have acquired the ‘blue’ Level 1 badge. With this in mind, the safest in Europe are:

*These countries are either not entirely located in Europe or do not participate in the European continent at all, despite bordering it and/or being historically considered part of it politically due to their European customs, Eurasian ethnicity, and close historical ties.

*Information on the Danish kingdoms of the Faroe Islands and Greenland is not available. Hence, we considered them to be part of Denmark, not listed above, seeing that it is a Level 2 destination.

Fun fact: five of the above countries are not part of the European Union or the closely associated European Economic Area or Switzerland.

More Than Half Of Europe Remains At Level 1

Traveling to any of the countries above, Americans face no particular health or security threat and should exercise ‘normal precautions’ when traveling. In other words, walking alone late at night in poorly-lit areas will not put them at a high risk of being robbed or suffering abuse for flashing jewelry and other valuable personal items.

There are, of course, exceptions to the rule. Even Level 1 Armenia has no-go zones, such as the Nagorno-Karabakh region, recently plagued by conflict. When in doubt, Americans should always refer to the U.S. Department of State’s official advisory covering any foreign country they plan on traveling through.

Effectively, 63.64% of Europe is at Level 1, making it one of the safest continents for American tourists. To an extent, a further 17 destinations are at Level 2, including the popular vacation hotspots of Britain, Italy, France, and Germany; in other words, the places U.S. tourists dream of seeing the most present moderate risks.

You should, of course, take this classification with a grain of salt: there is no denying travel warnings can, at times, be biased, overcautious, or even just partially accurate, and one could argue the same could apply to Europe’s Level 2 group. After all, we all know the U.K., France, and the like rank among some of the most developed and most visited in the world.

In general, their sub-optimal classification stems from the threat of terrorism and civil unrest, led by disruptive demonstrations or temporary political instability, though these are not frequent occurrences and cannot be perceived as a daily concern. The full Level 2 list can be seen below:

*Kosovo is a partially recognized territory in Southeastern Europe that unilaterally declared its independence from Serbia in 2007. While dozens of UN members do not formally recognize this move, the United States is one of many others that consider Kosovo an independent country.

What Are Europe’s 4 No-Go Zones?

Europe and Eurasia’s four ‘unsafe’ countries are Azerbaijan, at Level 3, Belarus, Russia, and Ukraine, the Level 4 trio. The Slav countries (Belarus, Russia, Ukraine) have been downgraded to the highest possible alert level due to the ongoing Russian offensive in Ukraine, while Azerbaijan, in the Caucasus, is seen as a hotbed of terrorist attacks and ethnic wars.

In spite of its classification, Ukraine has boldly launched a ‘war tourism‘ campaign aimed a those brave enough to venture into the country’s bombarded cities and ghost towns. It is important to note the U.S. continues to discourage all travel to Ukraine and, to an extent, Russia and Belarus while the invasion is underway and the political climate in the far east of Europe continues to deteriorate.