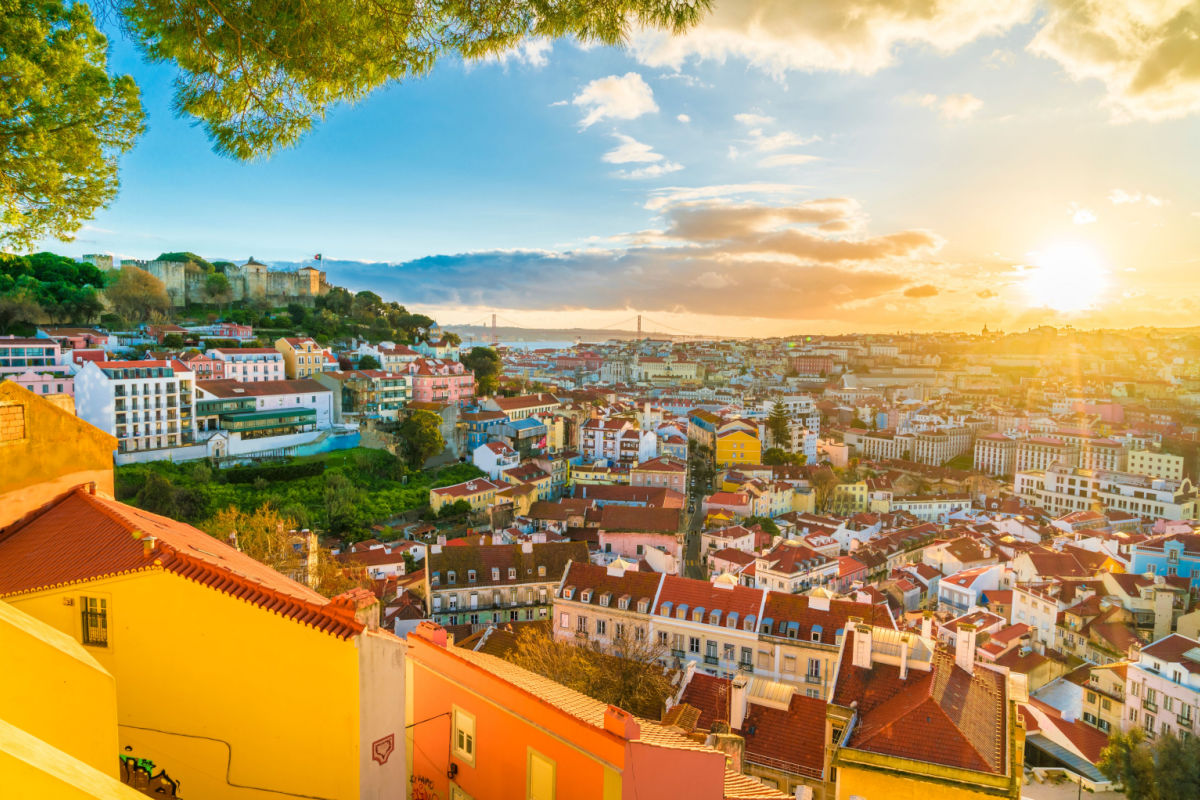 These Are The Top 10 Destinations In Europe For Digital Nomads

Digital nomads now represent an estimated 35 million worldwide, which would be equivalent to the 41st largest populated country. With 55% of digital nomads agreeing that the main reason they became one is to travel, this trend continues to grow as more and more countries open their doors to visas to attract visitors.

More than half of digital nomads come from the United States, so it’s no surprise that with its proximity, Mexico takes the top spot as the most popular destination for digital nomads. The whole of Latin America has become a popular spot for digital nomads, while Thailand and Indonesia take the second and third spots.

If you’re looking to immerse yourself in centuries-old cities with some European culture and charm, Home2Go, a marketplace for vacation rentals, has conducted research into what the top-ranking European cities are for remote work in 2023. The marketplace has seen a growing demand for European vacation rentals, with U.S. searches up by 37% in Europe. The marketplace will also be offering one lucky nomad the chance to stay free for three months, where Home2Go will cover the bill up to $10,000.

Home2Go has ranked the top 10 destinations in Europe for digital nomads by looking at hours of daylight, the number of coworking spaces per capita, the amount of highly-rated tourist attractions, the median price per night per person for holiday accommodation, and internet speeds in each city according to a company press release.

With warm weather, great waves, charming culture, and a lower cost of living compared to other European cities, there‘s plenty to love about the top-ranking city for digital nomads that almost received a full ten for coworking spaces per capita.

Another one of Portugal’s coastal cities makes the list as the best digital nomad city, known for its port wine production and stately bridges. The city is the second largest metropolis after Lisbon and has one of the oldest wine regions in the world, which has received the UNESCO World Heritage Site title.

This Mediterranean city offers fantastic beaches and sunny weather, while culture buffs can relish the many museums and attractions. Walk to bustling cafes to do some work and admire the creations of Antoni Gaudi, who has left his mark on Barcelona’s architecture with sites such as the Basilica of La Sagrada Familia.

Amsterdam has recently launched a stay-away campaign for tourists, so it‘s recommended to visit Amsterdam during the lower season when there aren’t so many crowds. The city has decided to update its image from a party city to become more of a cultural icon and a place that attracts tourists looking to enjoy the various offerings outside of its coffee shops and red-light district, such as its museum square, Vondelpark, or boutique shops.

Nestled amongst mountains, a river, and a beautiful bay, this picturesque city is known for its friendly atmosphere. Browse the city’s streets and alleys for vibrant art and historic buildings, or enjoy a coffee in its many hip cafes.

The city of lights barely needs an introduction since you’ll find something for everyone in this magical city. From charming cobbled stoned streets to enjoying a morning sweet pastry and exploring its unique architecture and character, you’ll find plenty of stunning backdrops for your Zoom calls.

Madrid is a vibrant city with a relaxed Mediterranean lifestyle that offers mouth-watering food and decent nightlife.  It’s considered more affordable than other European cities, and you’ll enjoy searching for an original Picasso or finding your favorite world-famous churro.

If you’re looking for creative inspiration, look no further than Lyon in France. The whole city has been classified as a UNESCO World Heritage Site, where you’ll find pleasant discoveries as you wander around Roman ruins, Renaissance neighborhoods, and hidden passageways.

This centuries-old city has a creative spirit with its modern economy built on the creative media, technology, electronics, and aerospace industries. Enjoy some live music from its many bustling venues, or take a scenic walk along the River Avon. You‘ll find plenty of green spaces or co-working spaces to get your work done.

Known as the financial center of Germany with plenty of international offices, you’ll find a mixed and diverse population in this UNESCO World Heritage Site that also comes with its share of skyscrapers. A mixture of the old and new merge in this city, where you can get lost in Europe’s largest museums or explore the streets of Frankfurt’s Old Town with its picturesque buildings.