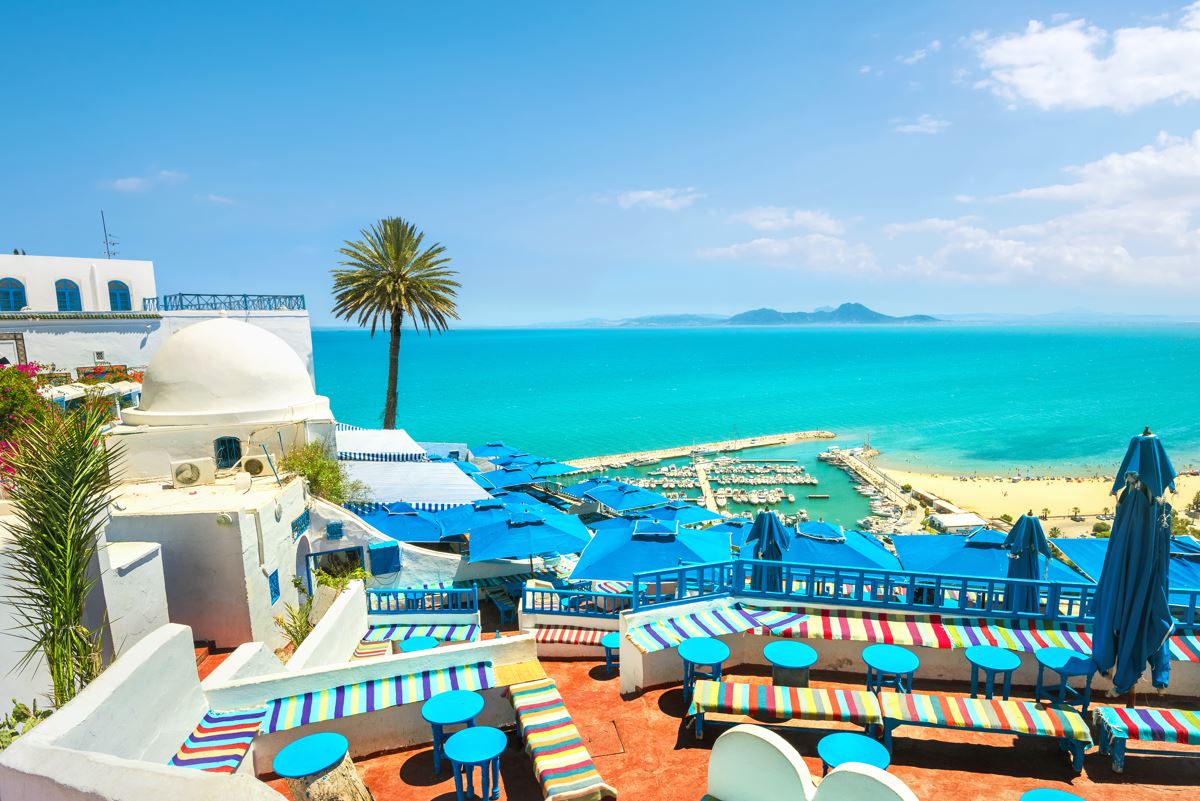 Nearly three years after it first shut its borders due to the pandemic, the beautiful Mediterranean country of Tunisia has dropped all travel requirements, allowing for normal tourism to resume. From this week, Americans, as well as any other foreigners on a short-term visit, will no longer be subject to health checks prior to or upon arrival.

In spite of its close proximity and historical ties to the European continent, Tunisia sits on the North Coast of Africa, bordered by Algeria to the west and Libya to the southeast. It is famous for its unspoiled nature, which includes idyllic beaches with the bluest of waters and rugged mountain peaks, as well as its ancient Roman heritage.

Now, it is open for tourism – and business – as usual, becoming the latest in Africa to abolish Covid curbs:

No Vaccination Or Testing Required For Entering Tunisia

On December 1, Tunisia’s Health Ministry decided to remove all travel rules pertaining to the health crisis and reinstate the country’s pre-2020 entry guidelines. For most of 2020 and 2021, Tunisia adopted sweeping measures to keep variants from being imported, from limiting the number of arrivals to demanding that travelers were immunized ahead of travel.

However, as the Ministry has been able to confirm, excessively strict measures are no longer necessary as Covid has ceased being a disruptive disease. In fact, part of the reason why Tunisia felt emboldened to join its regional partners of Egypt and Morocco in abandoning restrictions is due to the dwindling number of cases across the Republic.

Before the reopening was announced on Tuesday (November 29), zero Covid-related deaths were reported, while the weekly report between November 21 and November 27 totaled 81 infections, a significant improvement from the Omicron months, when the seven-day average reached 9.431 (January 23).

Back then, travelers were required to present a negative PCR test result issued 48 hours ahead of flying or, alternatively, a Rapid Antigen in under 24 hours. Once arriving, they also had to fulfill a 7-day quarantine stay in a designated hotel. The testing requirement was later lifted for vaccinated individuals in February, but the unvaccinated continued facing exclusion.

Heading into winter, the above mandates no longer apply:

Interestingly, face masks remain mandatory in enclosed spaces and during the course of an infection. Moreover, the Ministry has refused to ‘rule out’ any further updates to the new protocols or reintroduction of measures if they are deemed necessary. It all depends on the epidemiological development.

On the other hand, starting this week, Americans must simply ensure their passport remains valid for the duration of their stay. Tunisia does not require any additional validity period from the departure date, though rules for other countries may vary. Additionally, tourists should be prepared to provide evidence of outbound travel and enough sufficient funds.

When it comes to financial requirements, Tunisia’s rules are much more relaxed than those of Spain or France. The country’s all-inclusive vacation packages are notoriously more affordable than other Mediterranean competitors’ like Cyprus or Israel, with quotes for five-star resorts in Tunis, the capital city, starting at a mere U.S. $579 on Booking.com.

Tunisia Is One Of The Most Affordable Mediterranean Destinations

The cost of living is also comparatively low by Western standards:

Tunisia is one of the top destinations in the African continent, where tourism accounts for roughly 2.1 percent of the gross domestic product and up to 10 percent of all international tourism revenue in Northern Africa. Needless to say, the Covid pandemic hit businesses, and especially the hospitality industry, particularly hard.

In an industry geared almost exclusively towards big spenders and luxury travel, this low-cost hub presents itself as an alluring, budget-friendly alternative to the overpriced, crowded beaches on the European side of the ocean. As of August, when Covid rules were still enforced, it had welcomed up to 3 million guests.

A majority of tourists, or about one-sixth of them, fulfilled their stay in the Djerba-Zarzis area, number one in accommodation capacity domestically. The numbers are already up 218% from 2021, and they will keep rising as word of Tunisia’s reopening spreads, and families and young travelers alike head East to catch some winter sun.

What Are Some Of The Top Sights In Tunisia?

Aside from its laid-back Mediterranean atmosphere, Tunisia is one of the most culturally-charged nations in North Africa. It has witnessed the rise and fall of numerous world powers, from the Romans to the Ottomans and the French; over the centuries that passed, a distinct Tunisian culture emerged from elements of all of these bygone empires.

Some of the most iconic and best-preserved monuments in Tunisia include the Amphitheater of El Jam, built around 238 AD, and the ruins of the legendary ancient city-state of Carthage, which monopolized trade in the Eastern Mediterranean for nearly eight centuries. Other top sights include the Medina of Tunis, the medieval fortress of Ribat, and Djerba Beach.

There are no direct flights leaving from the U.S. or Canada, but North Americans can still easily reach Tunisian shores via one-stop flights connecting in a number of European, North African, or Asian airports, such as Paris-Charles de Gaulle, Istanbul, and Dubai International. They are advised to check transit requirements ahead of booking flights.

Americans and Canadians can remain in Tunisia visa-free for up to 90 days.