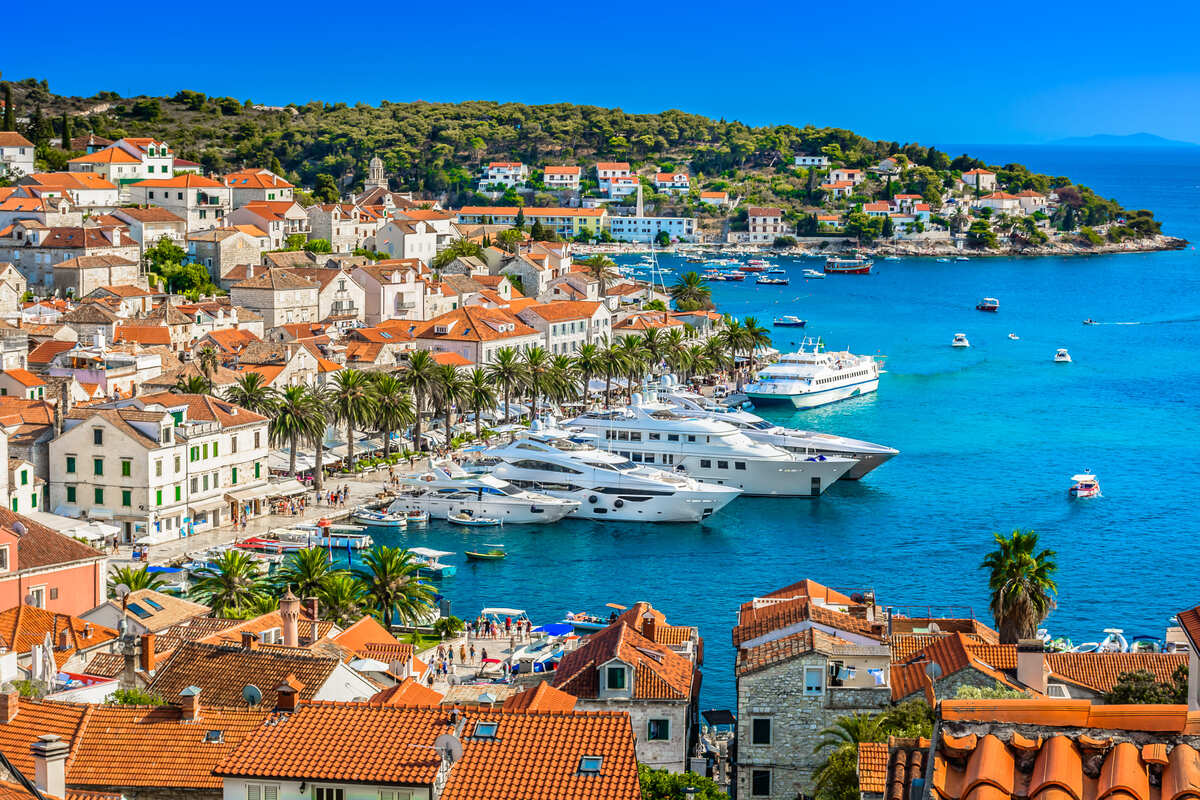 Two popular destinations in Europe will change entry rules for American travelers in a way that’s unrelated to the recent health crisis. In the near future, it is likely they will ascend to the Schengen Area, a pan-European treaty that promotes the movement of people and goods and abolishes checks between signatory countries.

U.S. passport holders must be screened arriving at the external Schengen border, but are not routinely subject to controls traveling within the zone in Europe. For example, once they land in France from North America, Americans can easily hop on a train to Belgium, Spain or Italy where no border formalities apply – like crossing from one U.S. state to another.

Schengen is the final step on the path to full European integration, and the countries in question are inching ever closer to joining the select group. But why is this relevant for tourism and how does this affect travelers in the long term?

Two Of The Strongest Candidates For Schengen Membership In Europe

For now, Europe’s border-less Schengen Zone comprises 22 members, which includes 18 European Union (EU) states, as well as Iceland, Liechtenstein, Norway and Switzerland. Despite being hailed as one of the EU’s greatest achievements, and being an EU mechanism at its core, Schengen does not apply to all EU countries.

EU membership can be accompanied, or not, by Schengen status. The last major expansion of the zone took place in the 2003-2005 period, when a whopping nine European nations joined the Union, and Schengen on an extent, scrapping all border checks among themselves. However, some were famously left out, or even opted out of the agreement.

The first instance applies to Croatia and Romania, two of the youngest EU nations that joined respectively in 2013 and 2007. While they have fully integrated into the EU Single Market, they did not automatically fit the criteria for Schengen inclusion due to a number of factors, ranging from safety concerns to border protection.

Luckily, they are in a much stronger position now than they were ten to fifteen years ago and are currently the best-qualified candidates for Schengen accession, being endorsed by the European Commission itself and enjoying overwhelming support in EU parliamentary bodies.

How Does This Affect Americans Traveling In Europe?

Once these countries enter the coveted zone, any short-term stay rules in place will be completely overhauled. For American travelers, especially digital nomads, Croatia and Romania’s Schengen membership will mean a reduction in the amount of time they are permitted to remain as tourists in Europe.

All Schengen countries apply a common immigration law, which states that tourists cannot spend more than 90 days in any 180-day rolling period within the zone. Effectively, this means any time spent in a Schengen country, whether it’s Portugal, Germany, Poland, or the soon-to-be Croatia and Romania, will count towards the 90-day limit.

Currently, any stays in the Schengen Area do not have an impact on the time you are permitted to stay in Croatia or Romania, as they retain control of their own borders and have stipulated that non-residents can remain in their respective territories for 90 full days out of every 180 days – irrespective of other stays in Schengen, or non-Schengen EU countries.

Under the current system, Americans can travel to Croatia for a whole 90 days and then immediately cross into the Schengen Area, or a non-Schengen EU neighbor, such as Romania, for another three months without breaking immigration rules. Potentially from January 2023, or once their accession talks have been completed, this will no longer be possible.

For example, assuming you’re an American citizen who has traveled to France and Italy for 60 days, by the time you reach the Croatian border, you will only have 40 days left in Croatia. Once the 90-day period is up, you are required to leave the Schengen Area and all member states for a minimum of 90 days until the clock ‘resets’.

Lastly, as aspiring Schengen states, Croatia and Romania are bound to adopt the new Entry-Exit System (EES), which will see Americans, and other non-EU tourists, undergo fingerprinting arriving in Europe to ensure they comply with the 90/180 rule, and that any ‘overstayers’ are immediately caught out and processed.

Those traveling long-term in the continent have some options to pick from as they wait to be re-admitted into Schengen, but excluding all EU countries that are currently not in the Area but aspire to, they are left with:

*Travel is strongly advised against

Have Croatia And Romania Met The Requirements For Schengen Membership?

Croatia is a coastal country straddling the Adriatic coast, bordering a number of non-EU and thus non-Schengen countries, such as Serbia, Bosnia and Herzegovina, and Montenegro. In some points along the coast, policing the border is particularly hard, as Croatia forms a non-contiguous landmass.

In fact, its coastline is split in two due to the Bosnia-controlled Neum corridor, which made it impossible for tourists to reach Dubrovnik via land without transiting the third country first. Europe takes sovereignty matters very seriously, and Croatia’s unique geography was regularly perceived as a potential weakness to Schengen should it ever join.

These concerns were short-lived: this year, a new bridge running parallel the short Bosnian coastline opened, connecting mainland Croatia to the enclave south of Neum, thus ensuring the flow of people in EU territory. Additionally, the country succeeded in implementing the euro, set to replace the national currency as soon as January, leading the skeptic wing of the EU to soften its stance.

On Romania’s part, the main concern has been cross-border crime and corruption. Others in the EU, mainly the Netherlands, have demanded time and again ‘further investigations into border surveillance’ in Romania ahead of giving their consent to Schengen accession, citing ‘organized crime’ in the Eastern state as a threat to the whole of Europe.

In order for an aspiring state to ascend to the group, all 22 participating countries must approve of the process and agree to the abolition of internal passport control. The unanimity rule has posed a problem for both Croatia and Romania, who had been barred numerous times by Western EU nations under the pretext that reforms were still needed.

Since then, they have been strengthening their internal security in hopes of satisfying the requirements set by their partners. Repeatedly, they were told to go back to the drawing board as consecutive EU delegations issued negative reports over the years.

Croatia And Romania Part Of Schengen By 2023?

Fortunately, this week Romania passed its latest screening with flying colors after the Dutch State Secretary Eric van der Burg confirmed the country had met the conditions to become part of Schengen. The remark thawed a decade of Romanian-Dutch tensions as the Netherlands signaled they would finally lift their veto.

Following Dutch approval, the European Commission again reiterated Croatia and Romania meet the criteria, though a final decision will only be made once a final vote is held this December. Seeing that the Dutch have confirmed they will no longer offer opposition, and no other Schengen states have publicly objected to the resolution, one could infer the Southeastern European duo is on track to become full Schengen members by 2023.

So far, an official date has not been announced, though Croatian authorities expect the country to eliminate border procedures with Slovenia and Hungary, the closest Schengen states, as soon as January 1. Meanwhile, three other EU members continue to exist outside the Schengen acquis, namely Bulgaria, Cyprus, and Ireland.

Similarly to their previous view on Romania, the Netherlands has deemed it is ‘still too early’ for corruption-riddled Bulgaria to advance on its European integration, in spite of the Commission’s own recommendation that the Balkan country should be inducted alongside Croatia and Romania. Cyprus, on the other hand, also cannot proceed with negotiations due to the ongoing Turkish occupation and unsolved disputes.

Out of those, only Ireland has abstained from talks, preferring to maintain its Common Travel Area with the non-EU United Kingdom.