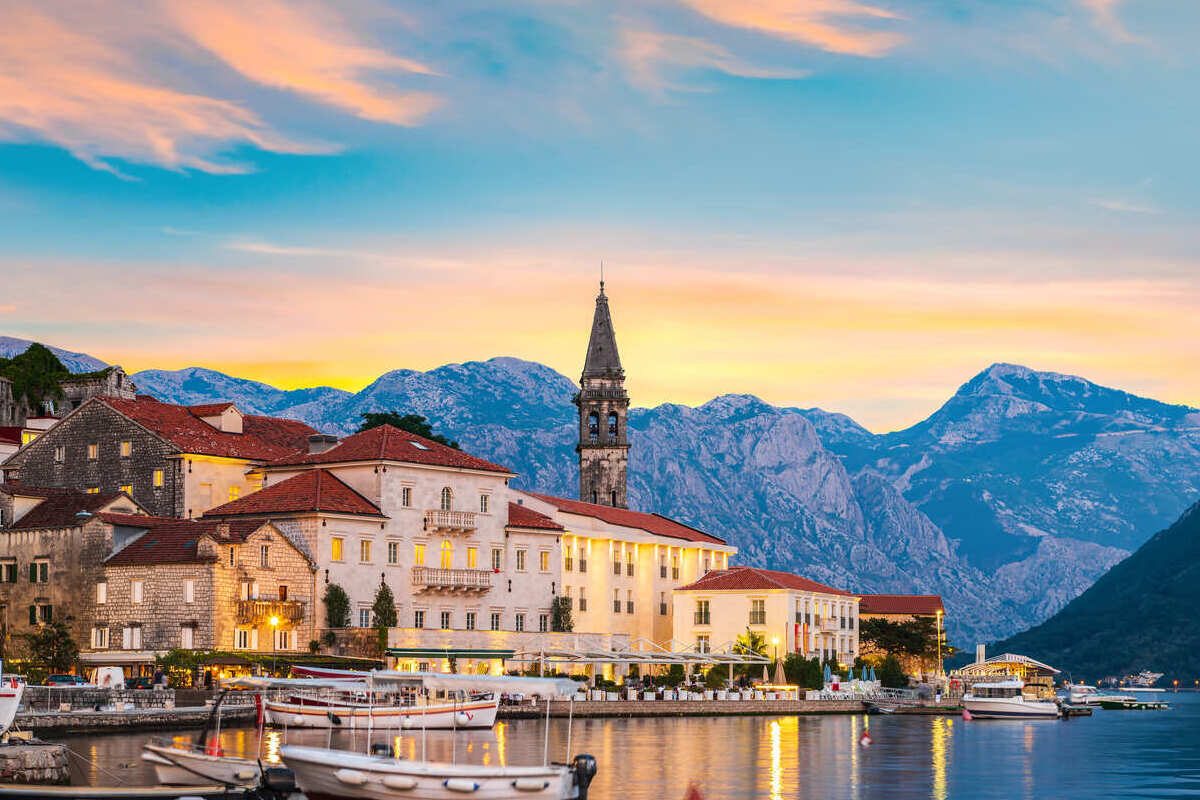 Europe has reopened for tourism and Americans are eager to explore its medieval citadels and charming cities. While it’s the usual tourist hotspots of England, Spain and France that would normally get the most clicks, this time, it’s a small, beautiful, relatively undiscovered Eastern nation has been trending as one of the top destinations for 2023 instead.

As much as we adore Paris, Venice and other cities in the same league, we must admit they are losing some of the appeal amid rising hotel fares and overtourism. Having been overlooked for decades, Eastern European countries are now becoming far more attractive, due to significantly lower prices, fewer crowds, and comparable cultural offer.

There is one in particular where tourism has been growing steadily this year, hiding natural and man-made wonders that need seen to be believed:

Is Montenegro The True Pearl Of The Mediterranean?

Staving off heavy competition from other Mediterranean powers, the newly-born nation of Montenegro is one of the top trending destinations for U.S. vacationers, as seen in a report issued by American Express. According to the credit card provider, up to 88% of customers taking part in the study are slow travelers and prefer taking longer trips.

Highlighting Montenegro as an ideal destination to ‘relax and recharge’, the company draws attention to its vast collection of ‘tiny ancient villages’ and ‘rugged inland beauty’. From North to South, it has a Mediterranean coastline extending for only 182.3 miles, that can either be fully explored as part of a prolonged weekend, or over the course of several more days.

It all depends, of course, on how deep a cultural immersion you’re aiming for. Montenegro is a historical Slav territory that had been in a union with Serbia, Croatia, Slovenia and other neighboring states for more than a century. Having gained independence only in 2006, it is one of Europe’s youngest nations, and a criminally underrated one at that.

Dalmatia On A Budget

Part of the wider, cross-national Dalmatian world, which extends from the island of Rab, off the north coast of Croatia, to the Bay of Kotor, Montenegro’s landscape is defined by dramatic cliff-side drives overlooking the sea, Mediterranean forests and traditional stone houses. The country’s number one attraction, and its cultural capital, is Kotor.

Surrounded by a medieval fortification which encompasses not only the town itself, but the adjacent Mountain of St. John, it is a UNESCO World Heritage Site that receives far fewer visitors than other Dalmatian competitors sitting on the Croatian side of the border, particularly Dubrovnik, which totals 4 million yearly guests on average.

During the peak year of 2019, 2.5 million tourists were registered in the whole of Montenegro, making it a far more appealing destination for families and young backpackers alike looking to escape Croatia’s overtourism. In a way, Kotor is Dubrovnik’s much quieter, and perhaps more authentic sister.

Strolling the maze of cobblestone streets of the Old Town, you will find the same ancient drawbridges, Romanesque-style cathedrals and Dubrovnik’s classic green window shutters, but only a small fraction of the crowds, and slightly cheaper prices. On average, a single person would spend €504.76 per month in Montenegro, without rent, compared to Dubrovnik’s €721.05.

Outside Kotor, Americans can consider extending their stay in order to visit:

Two and a half years since the health crisis began, Europe is finally free from the anti-tourism measures and strict social curbs it imposed in response to the viral spread. From the Atlantic coast to the Balkan Peninsula, where Montenegro is located, no vaccination or testing requirements apply.

The busiest international airport in the country is Tivat International, which serves as the gateway to the Montenegrin Adriatic and all the destinations it encompasses, such as Kotor and Budva. Year-round flights are available from other European and Western Asian cities, such as Belgrade, in Serbia, and Istanbul, in Turkyie (formerly Turkey).

Across the pond, there are direct flights to the transit airport in Serbia leaving from New York-JFK, while Istanbul is a well-connected mega-hub with several nonstop routes available. Montenegro can also be reached via land, with tourists regularly using cross-border buses originating from Serbia, Croatia, Bosnia and Herzegovina and Albania.