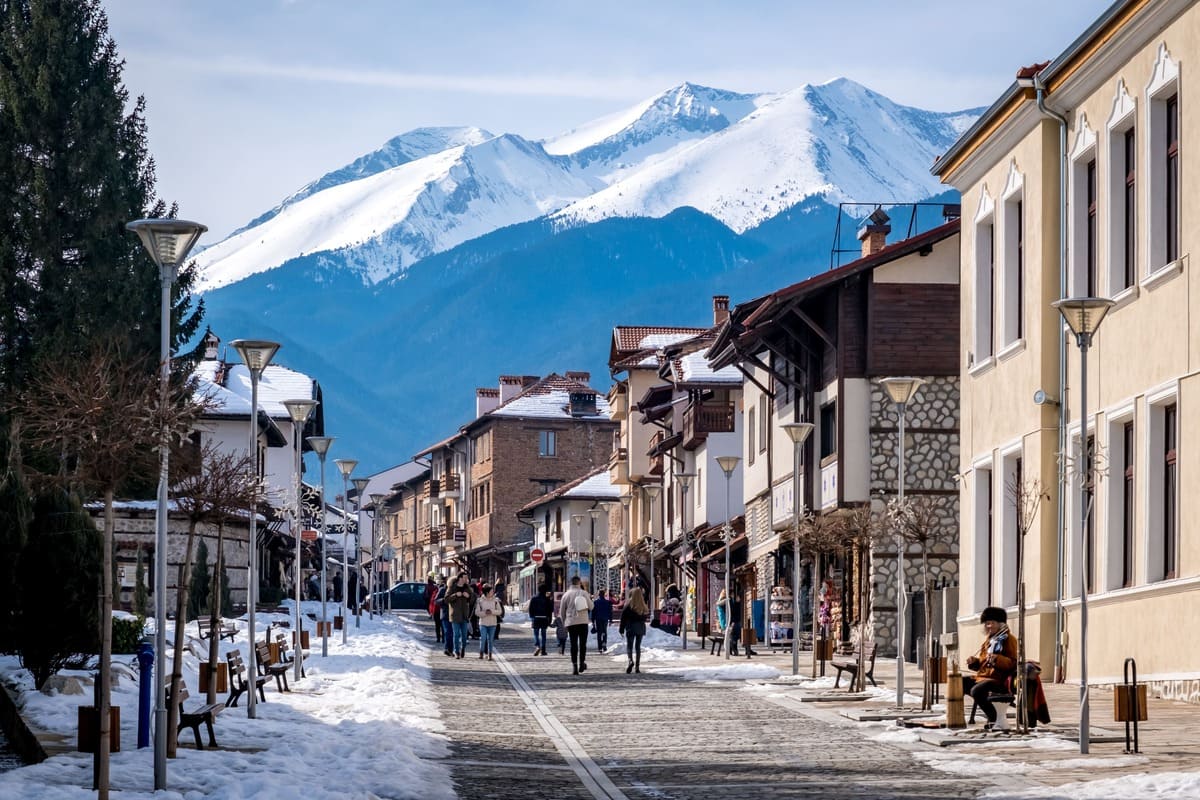 Here’s Why Digital Nomads Are Flocking To Bulgaria This Winter

Proving it is at the peak of its popularity, Bulgaria is staying ahead of travel trends and becoming a certified digital nomad hub. In fact, a small town nestled at the foot of the country’s most scenic mountain now has more co-working spaces per capita than anywhere else in the world – but why exactly are nomads flocking to the Eastern nation?

European countries may have abandoned their strict Covid policies and, to an extent, opened up more migration paths for remote workers, but this does not mean travel has become more accessible: inflation has hit numerous markets hard, and both the cost of living and the price of accommodation has soared in response.

Understandably, nomads are looking for alternatives to the overpriced West, preferably somewhere with an equally vast cultural wealth:

Why Is Bulgaria Such An Appealing Destination To Nomads?

This winter, digital nomads are finding a home in an improbable location in Bulgaria’s Pirin mountain range. More specifically, the small town of Bansko, where unobstructed views of spectacular peaks and ski stations can be found and where the permanent population totals only 9,000 inhabitants.

You may be wondering: if they’re looking for an idyllic wintry escape, then why not the seasonal classics of Switzerland or Austria? What is it about Bulgaria, and this remote alpine town in particular, that draws in nomads in their hundreds? The answer is in the absence of crowds and, most importantly, high affordability.

Although it is a member of the EU, Bulgaria is not yet part of the Eurozone, using instead its own national currency, the much weaker Bulgarian (BGN) lev. At the current conversion rate, one thousand dollars get you twice as many lev notes, unlike the Euro and other strong currencies in the Western EU that have been historically stronger than the dollar.

Finding the average minimum wage is a great way to measure the cost of living in a destination, and across the whole of Bulgaria, it is far lower than other EU counterparts, averaging BGN 710.00, or only USD 380.91 monthly. In simpler terms, everything is cheap, at least for the Westerner: food, travel, cultural attractions, rent, you name it.

The Alpine Charm Of Bansko

Back to the alpine retreat in Bansko, it has been described as a ‘proxy’ for digital nomadism globally, hosting a whopping 500 remote workers from 41 different nationalities at the time of the last census in June 2022. Surprisingly, Americans make up the majority of nomads, or 19.1%, in spite of charting outside the top ten in a list of foreign arrivals to Bulgaria.

During the Bansko Nomad Fest, held over the summer, organizers opined that American globe-trotters are moving to Bansko in droves due to the inviting nomad scene – DW has asserted it has the highest proportion of co-working spaces among all global destinations – and significantly more affordable rates, compared to high-income countries like the U.S.

Additionally, Bansko is a well-developed recreational site, offering a whole range of outdoor activities all year round:

Moreover, it is located a short two-hour drive from Sofia, the Bulgarian capital, and one of our top picks for 2023. If being isolated in the snow-capped Pirin Mountains sipping on some hot chocolate and watching the burning logs is not your idea of fun, you can certainly consider a prolonged stay in Sofia instead.

What If Mountain Retreats Are Not For You?

One of Europe’s oldest and most fascinating cities, Sofia has enough historical landmarks and jaw-dropping sights to keep you busy for months:

*On top of that, there is a myriad of work-friendly, quirky cafes that are open until late, where they serve the most amazing food, and fast, stable connection is available for guests.

Does Bulgaria Have A Digital Nomad Visa?

On the downside, Bulgaria does not have a Digital Nomad Visa (DNV) in place that would enable American nomads to stay longer than three months at a time. However, as more Eastern European competitors join the race to become the continent’s ‘workcation’ haven, we can expect this strong candidate to announce its own DNV soon.

Lastly, Bulgaria has removed all entry requirements for U.S. passport holders traveling to the country this winter:

*Non-EU/EFTA tourists can remain in Bulgaria for 90 days out of every 180-day period. As the country is not yet part of the Schengen Area, visits to Bulgaria do not count towards your 90-day Schengen.

A Hidden Gem Of The Balkans

Straddling the Black Sea coast and representing the south-easternmost EU border, Bulgaria remains one of the bloc’s least-visited among Americans. Correct us if we’re wrong, but when planning a move to Europe, it’s the far more popular sights of the sparkling Eiffel Tower, Barcelona’s Sagrada Familia, or the majestic Colosseum that come easily to mind.

‘Bulgaria’ is yet another mysterious, bordering-on-exotic name that lies somewhere East on the map, but you can’t quite pinpoint it, and we know it probably doesn’t rank high up there on your bucket list. Still, we are here to remind you that, more often than not, it’s the lesser-known places that end up stealing our hearts in the end.

This hidden gem of the Balkan Peninsula is no exception.