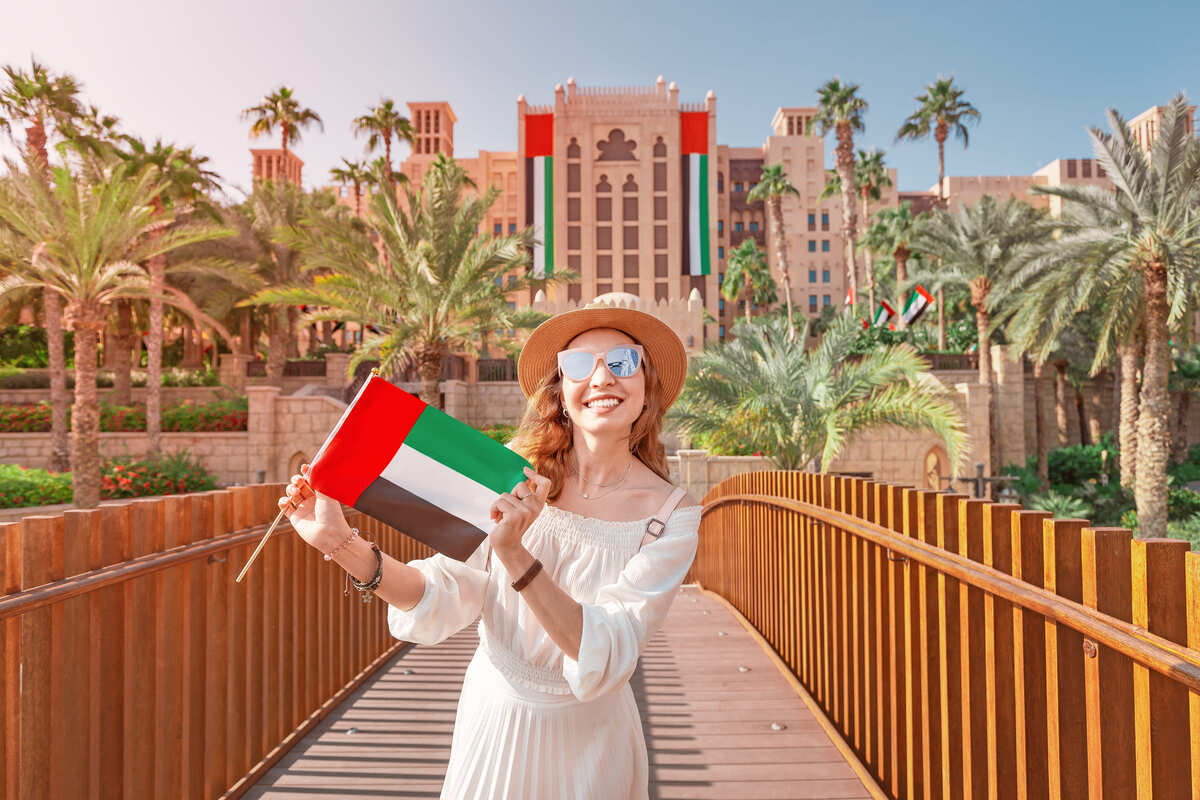 Proving the ties between North America and the Middle East are stronger than ever now that Covid restrictions have eased, United Airlines has just been granted the honor of being the first U.S. carrier to offer nonstop flights to Dubai, at least in a long while. Pretty soon, Dubai and its many wonders will be a lot more accessible to Americans.

Demand for the United Arab Emirates has soared this year after international tourism resumed: even though the country had remained open, albeit with varying degrees of restrictions, throughout most of the crisis, it wasn’t until recently that bookings went through the roof and an accentuated recovery was noted.

Now, it is without a question one of the most sought-after destinations, both by Americans and globally:

United Returns To Dubai For The First Time In Six Years

Starting next year, United Airlines will have a direct link between its New York hub of Newark (EWR) and Dubai International (DXB), marking the first time a U.S. carrier returns to the Emirate since 2016. At the time, a feud had started between America’s three largest airlines, namely United, Delta and American Airlines, and Persian Gulf’s main carriers.

The daily service is launching officially on March 25, 2023, and is a sign of change for two airlines that had once been hostile to one another over market share for nearly six years. In fact, Emirates Airlines, Dubai’s main server, even warmed to the idea of initiating a codeshare agreement in what could be described as a watershed moment for U.S.-UAE connectivity.

On top of that, customers on both ends will have access to each other’s Frequent Flyer membership, and all the perks that this status confers, whether it’s Business Class upgrades, access to exclusive airport lounges and much more. Luckily, those most enthusiastic about Emirates’ world-class service won’t have to sacrifice their comfort when flying United.

A Boeing 777-200ER has been deployed for the trajectory, and it features a total of 276 seats. Out of those, 50 are Business Class (or Polaris), 24 Premium Plus, or United’s equivalent to ‘premium economy seats’, 46 Economy Plus with extra legroom, and 156 regular Economy, at the lowest-possible fare.

Emirates has gained a reputation for being a high end airline with true inflight luxury, and has nearly become an essential part of the overall ‘Dubai experience’. United is well aware of that, and while it is no longer Emirates’ fierce competitor, it is rising up to the challenge in providing its loyal Polaris customer a near, if not equal, Emirates-level of quality.

United’s business seats were ‘designed for comfort and convenience’, and have been described as ideal both for those who want to relax ahead of landing at their final destination, or work for a few hours during their flight. Some of the features are a ‘six-way adjustable headrest’ and a seat cushion that ‘cradles’ passengers when reclining.

More Details About The Flight

As for the flight itself, duration is 13h25 eastbound and 14h50 westbound. The daily scheduled is as follows: UA164 departs Newark at 22:15, arriving in Dubai 19:40 local time, on the following day. Returning home, flight UA163 leaves Dubai at 2:15 in the morning, arriving back to New York-Newark at 9:05 in the same calendar date EST.

Prior to the launch, United’s route to the Emirate departing from Newark had mandatory layovers in other airports in Europe, such as Paris’ Charles de Gaulle and Amsterdam’s Schiphol, which has been facing severe travel delays lately. On the other hand, Emirates has been flying nonstop to JFK for years, a hub that has persistently shunned United’s efforts to expand.

The agreement will allow Emirates to continue operating from JFK, where it even maintains a lounge and has built strong partnerships, while United serves Newark instead. Moving forward, we expect to see this relationship deepen further, and new routes to be announced from the U.S. to the Middle East now that the air bridge has been amended.