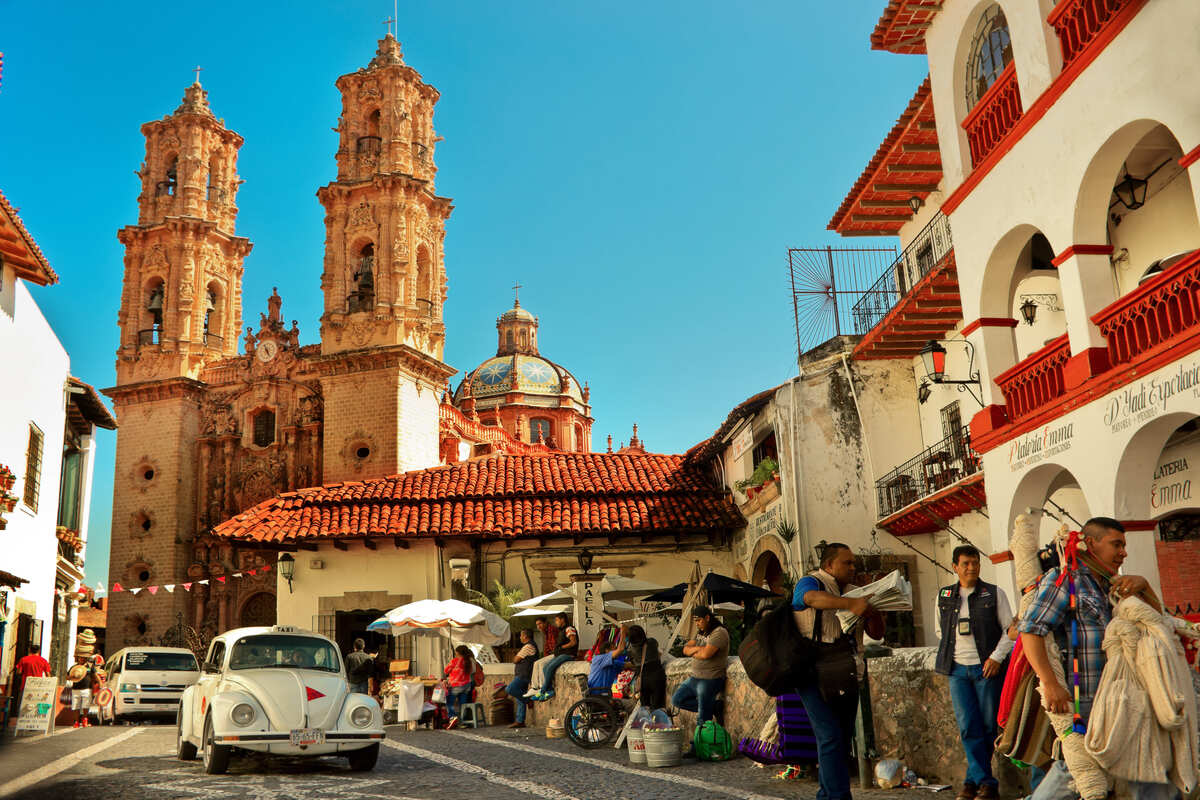 Home to world-class coastal cities like Los Cabos and Cancun, Mexico is already on track to become the world’s top beach destination, but there’s another silent trend in Mexican tourism that’s been brought to our attention lately. Ever wondered what exactly the so-called Magical Towns of Mexico are and why they are getting so popular?

Mexico may be America’s favorite sunny getaway, but it is also a country with a fascinating historical background. Whether it’s the Mayan heartland comprising the Yucatan Peninsula or the inland colonial-era settlements of Guanajuato, it is a pluricultural state that is hardly ever acknowledged or celebrated for its wonderful diversity.

Luckily, change is finally on the way:

What Is A Pueblo Magico?

‘Pueblo Mágico‘ is a status conferred by the Secretary of Tourism (Sectur) upon a Mexican town or city that has an outstanding tourist offer. They are part of the country’s heritage route, and this title often overlaps with UNESCO’s definition of a World Heritage Site: that is the case with Guanajuato and its adjacent mines, recognized both by UNESCO and Sectur.

As per the official definition used by Sectur on their official website, a Pueblo Mágico, or Magical Town, is ‘a place with symbols and legends’ where ‘transcendental events’ that have shaped the History of Mexico took place. They are an inherent part of the national identity and help illustrate the richness of the nation as a center for both the arts and culture.

‘Visiting them is an opportunity to discover the charm of Mexico‘, quotes the entity. Currently, 132 municipalities have achieved the coveted status, and they have all been enrolled in the Magical Towns Program. This is a Sectur initiative aiming to boost investment in tourism infrastructure and promotion of these lesser-known yet very promising areas.

Why Are Magical Towns So Trendy Right Now?

Effectively, the Pueblo Mágico route serves as a road map for tourists keen on experiencing a ‘more authentic‘ side of Mexico, as more and more Americans are swapping the hotel zones in Cancun and Tulum and opting for cultural excursions, where they can still enjoy the great weather while taking in some History and appreciating the sights.

A prime example of that is San Miguel de Allende, one of Sectur’s 132 magical towns and an up-and-coming tourist hotspot that has witnessed a steady rise in arrivals over the last decade. As famous lifestyle blogger Alyne Tamir phrases it, it is simply one of the most ‘Instagrammable’ cities she has ever visited.

Mrs. Tamir elaborates further, stating it is not Instagrammable in the ‘boring and generic way’. Instead, it is ‘full of Old World charm‘, evident in the Iberian-style constructions lining the cobblestone streets and the numerous Baroque churches. Of course, colonial landmarks are not the only distinguishable feature of these settlements:

A Magical Town Is Not Merely A Colonial-Era City

Other Sectur-protected towns like Bacalar, sitting on the shores of Lake Bacalar, are well-developed resort zones highly sought after by sunseekers, owing their ‘magical’ status to the natural beauty of the surrounding region. The 30-mile-long Lake Bacalar, for instance, is best known for the seven shades of crystalline blue found in its warm waters.

Conversely, the small alpine settlement of Arteaga, a pueblo mágico in the state of Coahuila, may not have the latter’s tropical charm, but it’s nestled deep in the Sierra Madre Oriental mountain range, one of the longest in Mexico and filled with ski stations. In fact, it has been aptly nicknamed ‘the Mexican Switzerland’.

Like the United States, this is a country of many facets. It boasts a Pacific and Caribbean coast, financial centers that are among America’s most important, a host of pre-Columbian and post-colonial heritage sites, and distinct cuisine. With the help of tourism officials, vacationers are finally getting to know the ‘real’ Mexico – and falling deeper in love with it.

Caribbean beaches are the true gateway into paradise, and there’s nothing we love more than burying our feet in those white sands while listening to the waves crashing on the shore all day. But strolling in an elaborate 18th-century maze of colonial houses or sampling some traditional Iberian food with a Mexican flavor is our idea of fun as well.

And apparently, that of nearly a million other visitors who vacation in places like San Miguel de Allende every year.