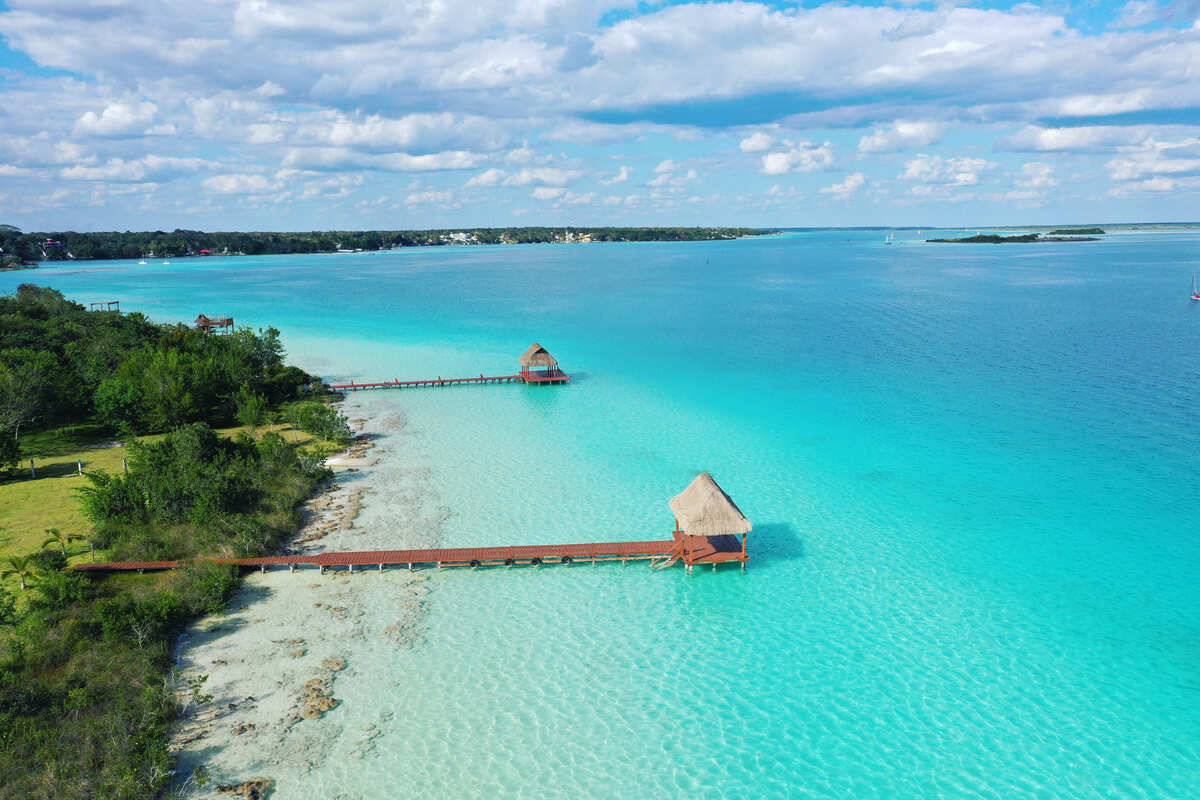 Bacalar Is Trending On TikTok – Could The Rise In Tourism Ruin It?

Once a relatively unknown town in the Mexican Caribbean, Bacalar is trending on TikTok as a cheaper, less-crowded alternative to Tulum. With each passing day, more Americans become aware of this hidden gem and its cultural value, leading regular visitors and locals alike to question: could the viral videos and rise in tourism eventually ruin it?

While authorities certainly welcome the surging demand for beach vacations in Mexico’s Mayan heartland, concerns relating to the environmental impact of mass tourism on historical sites have been raised after 30 million guests were registered in 2022 alone, positioning the region as one of the fastest-growing destinations globally.

Many have conceded Tulum, Cancun, Playa del Carmen, and the like have been ‘lost’ to gentrification already, but will the quaint Bacalar be next?

Bacalar is a small inland settlement in Southern Quintana Roo, straddling Lake Bacalar, an area of outstanding natural beauty: at 30 miles long by 1 mile wide, it is alternatively named the Lake of Seven Colors, due to the various shades of turquoise blue and light teal green of its waters. Granted, it is not the Caribbean Sea, but some argue it is even better.

For instance, unlike Tulum or Playa del Carmen, where the rise in sargassum levels often proves disruptive to tourists every year, Lake Bacalar remains crystal-clear year-round – it is a freshwater lake, after all – and major conservation efforts have ensured pollution is kept to a minimum. Regrettably, the same cannot be said about Northern Quintana Roo.

On TikTok, Bacalar has garnered millions of views overnight after newcomers began sharing their experiences vacationing in the area:

Reacting to the clip above, other TikTok users who have been to Bacalar are quoted saying ‘it’s a real paradise’ and a ‘great place to relax’; those who have not been seemed surprised at how blue the water actually is and expressed a desire to visit in the future. Amid the flood of commentary, one reaction, in particular, grabbed our attention:

‘Well, there goes this hidden gem‘, by @wikid.

Is Bacalar Bound To Become Just Another Tulum?

Tourism in Bacalar has certainly grown in recent years after it began gaining traction as a ‘southern Tulum’ – except it has not been swarmed by the Instagram hordes yet, the party scene is rather tame, and urban safety levels are much higher. Historically, it was the go-to destination for retirees and Mexican locals looking for some peace and quiet.

Now, the demographic is changing as more youngsters seek off-grid travel experiences and favor cultural destinations as opposed to kicking back at an all-inclusive resort for an entire week. As a result, Bacalar has come into prominence as one of Quintana Roo’s strongest competitors, with millions being poured into the city to prepare it for the influx of visitors.

The color of this water will have you thinking this is in the Maldives but it’s NOT! Have you ever heard of this place?! #travelbucketlist #travelitinerary #mexico #thingstodoinmexico #turquoisewater #bluestwater #traveltips #fulltimetravel #digitalnomad

This may sound worrying to some, particularly American customers who would prefer that their beloved Bacalar remain ‘hidden’, but judging by the latest statements offered by the Government of Quintana Roo (QR), Bacalar is anything but Tulum’s successor, for one reason only: the goal of authorities is not to convert it into yet another overpriced tourist town.

The municipal president, José Alfredo Contreras Méndez, highlighted growth must happen in an orderly and sustainable manner. He was supported by Bernardo Cueto Riestra, the QR Secretary of Tourism, who reaffirmed Bacalar’s development strategy ‘does not point to all-inclusive‘, effectively ruling out the installation of major resort brands on the lakeside.

Instead, Bacalar will be promoted as a safe haven for high-spending travelers insisting on privacy and reclusion. The proof is in the numbers: between 2018 and 2022, it went from 62 hotels and 573 rooms to 90 and 1050, respectively, making it the fastest-developing spot in terms of hotel infrastructure in the ‘Grand Costa Maya’.

Judging by Lake Bacalar’s serene waters, the limited number of expats that have relocated to the area since, and the community’s long-standing traditions, the rise in demand and construction of lodging has not occurred to the detriment of locals, nor proved disruptive to their way of life. In other words, Bacalar’s tourism expansion has been fully sustainable.

Is Bacalar Protected Against Overtourism?

Bacalar has often been overlooked by sun-seekers vacationing in the Mexican Caribbean, mostly because it doesn’t sit on the coast and due to its remote location in Quintana Roo nether provinces, where the only major airport hosts domestic flights. 211 miles south of Cancun, the main entry point into the state, it is not exactly a day trip destination.

Both due to its geographical features and lack of direct flights from abroad, construction of resorts and leisure centers in Lake Bacalar has been somewhat limited, in stark contrast with Northern Quintana Roo’s development boom in the last decade. That’s not to say amenities are suboptimal, or that it lacks a powerful tourism initiative:

You won’t find ultra-luxurious megaresorts or an abundance of entertainment options here, but there are several boutique hotels and guesthouses lining Lake Bacalar that provide an idyllic escape from the chaos of the modern world – and the Mayan coast, on an extent – for a small fraction of Tulum’s ridiculously high prices.

If it’s relaxation you’re after, Bacalar is where you should be headed: it is surprisingly bucolic for a Riviera Maya destination and still Mexican at its core. Don’t expect an abundance of global cuisine, much less American-style diners, to cure your week-long homesickness: local restaurants are (mostly) family-owned, and they usually serve authentic Mexican food.

Inhabited since immemorial times, when the Mayan peoples ruled in Yucatan – as part of a vast empire extending into Central America – it was the first city in the surroundings to be taken by the Spanish Conquistadores as early as 1543. To this day, the mark left by the Iberian and subsequent European settlers is indelible:

Construction of colonial buildings and a massive fortress soon followed to assert Hispanic domain over the territory, but the Mayan heritage could not be fully erased. Within driving distance of downtown Bacalar, several remnants of pre-Columbian structures can be found, such as the city of Kohunlich, the Limones complex, and the Chancchoven step-pyramid.

As you might have guessed, as a cultural destination, Bacalar really does have a lot going for it.

According to the Secretary of Tourism, projects that have been put forward pertaining to the enlargement of Bacalar’s tourist offer aim to protect its rich heritage, as well as focus on ‘more sustainable, exclusive concepts’ that cater to big spenders. As such, we fail to see how overtourism could affect the lake in the near or distant future.

♬ Island In The Sun – Weezer

When discussing Bacalar’s newfound fame, it’s impossible not to draw comparisons to Tulum, previously a small Mayan fishing village that was quickly converted into a characterless, overly internationalized Hotel Zone in the short time span of two decades. It’s logical to fear Bacalar’s ‘discovery’ would lead to a similar outcome – if not worse.

But then, there are three factors putting a brake on this undesirable course:

*The launch of the new Tren Maya, linking Cancun to Bacalar and all major tourist attractions in the Yucatan Peninsula, could lead to a further increase in visitor numbers

Yes, there is always a risk it could happen, especially in the age of TikTok, but regardless of trends and viral videos, Bacalar’s highly unlikely downfall is still a long way off.