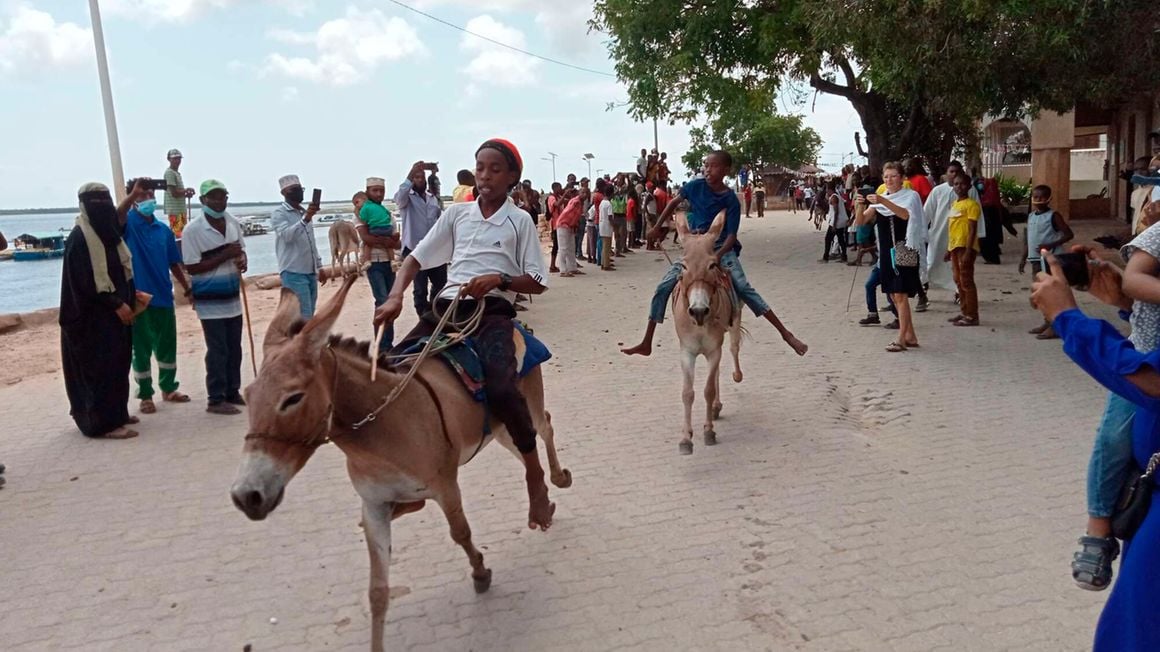 Kenya will start selling Maulid Festival as a tourist attraction as it seeks to grow arrivals from Muslim destinations.

Kenya Tourism Board (KTB) chief executive, Betty Radier said they are looking at wooing guests to the next event in Lamu, and other religious and cultural festivals marked across the country.

“We’re happy that Maulid has been revived [after the pandemic]. We’re looking forward to marking the mega Lamu Cultural festival in November,” said Ms Radier.

This year’s festival attracted over 7,000 guests from Oman, the Comoro Islands, Tanzania, and Uganda.

The just concluded 135th edition of the Lamu Maulid Festival brought lots of goodies to business people and residents.

The Maulid festival is marked annually by a section of Muslims in remembrance of the birth of Prophet Muhammed in the holy city of Mecca in 570 AD.

Qatar and Saudi Arabia do not celebrate Maulid. Some non-Muslim majority countries such as Ethiopia, India, and Tanzania, among others, recognise Maulid as a public holiday.

The Lamu version of the Maulid, which is unique in East Africa, is celebrated at the Riyadha Mosque, the longest-functioning and most influential Islamic teaching institution on the East African Coast. This is where the Holy Habib Swaleh originally founded the Maulid in 1866.

Swaleh was an Arab who reformed the religious rituals of the festival.

Hoteliers, boat operators, tour guide operators, boutique owners, and hawkers were among the biggest gainers from this year’s Maulid festival.

Mohamed Mwai of Modern Safaris and Tours, an air travel booking agency based in Lamu, said airlines were fully booked during the Maulid festival week.

The booking were made by customers mostly coming from Nairobi, Nakuru, Naivasha, Kisumu, Mombasa, and Malindi.

“Airlines like the 78-seater Jambojet, 50-seater Safarilink, and 50-seater Skyward, all are fully booked up to Tuesday this week. That includes flights from Lamu to Mombasa, Lamu to Malindi, and Lamu to Nairobi. Some of our clients had to travel back to Malindi, Mombasa, and Nairobi by road since we have no seats. This year’s Maulid Festival was a blessing,” says Mr Mwai.

Lamu Island is a major tourist destination with about 30,000 tourists visiting the archipelago annually.

Shekuwe Bwanamkuu, a restaurant owner in Lamu Town said within the three days of the festival, he made about Sh30,000 in profit.

“This is an amount that I would have made in a whole month or two. We need such festivals organised frequently,” said Mr Bwanamkuu.

Abdallah Twalib, a boat operator said the festival boosted the water transport business owing to the influx of tourists.

He said on normal days, he usually makes only three to four trips a day but during the three days of the Maulid Festival, he did eight to ten trips a day.

“We’ve made some quick money in just three days of Maulid. The demand for boat transport was high, meaning more money for us,” said Mr Twalib.

Traders who came in from Mpeketoni, Hindi, Mokowe on the mainland, and far-flung islands of Kizingitini, Faza, Pate, and Mkokoni also made good money selling Swahili meals such as roasted potatoes, grilled beef skewers (mishkaki), coconut water (madafu) and, seafood.

The climax of the Maulid Festival included Quran Kareem Memorisation at the Riyadha Mosque Grounds as well as Mkunguni Square on Friday night.