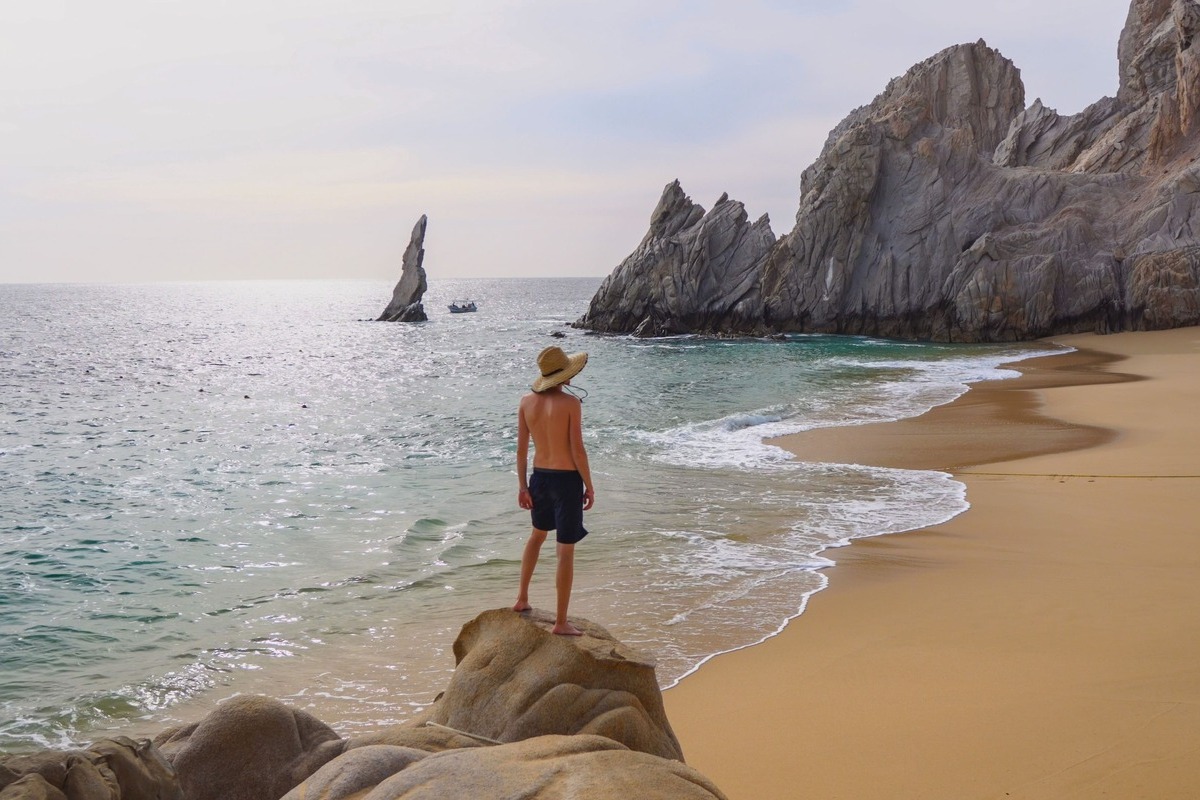 Top Destinations On The Mexico Pacific Coast For Digital Nomads

Seeing the potential for growth in the region, AirBnB has listed the top destinations on the Mexican Pacific Coast for digital nomads looking to fulfill longer séjours in the area. Staving off competition from the Caribbean giants, namely Cancun and Tulum, cities like Cabo San Lucas and La Paz are on track to become official ‘workcation’ hubs in Mexico.

Over the last couple of years, Mexico began warming up to digital nomadism after the health crisis pushed employees out of the office and established a ‘new normal’ for work relations. Despite lacking a formalized Digital Nomad Visa, a flaw we pointed out here, the country is still outpacing others in Latin America as the ultimate nomad haven.

This success can be partly attributed to the state of Baja California Sur, home to 1/3 of Mexico’s consolidated triad of world-class cities and a favorite of AirBnB itself.

Flexing its muscles in an increasingly competitive market, the Tourism Trust of Baja California Sur (BCS) has teamed up with AirBnB to attract more digital nomads. Both tourism officials and the rental platform hope to promote BCS as a destination offering all the ‘necessary comforts’ and ‘natural wonders’ nomads look for while moving abroad.

As part of the campaign, earlier this month, AirBnB launched a dedicated web page in English for long-term travelers in BCS, where they can get familiarized with the peninsula’s geography, its attractions, and even access a ‘nomad route’, comprising key cities and locations across the peninsula. With a total of 17 ‘stops’, the map can be seen in full below:

Out of 17 destinations, AirBnB went further and narrowed it down to five major ones based on nature, their cultural relevance, and social scene:

Cabo Is The Top Nomad Hotspot On The Pacific Coast

According to AirBnB, everything in Cabo San Lucas ‘has a flavor of the sea’. Alongside its twin San Jose del Cabo, it rose to prominence this year as Mexico’s fastest-recovering destination, surpassing Puerto Vallarta and even the mighty Cancun in occupancy rates. So far, ‘The Capes’ has registered a 32.6 percent increase in tourism in 2022 compared to 2019.

Some of the most famous sites within a short distance of Los Cabos are:

Second on the list, La Paz, aptly named ‘The Peace’, is noted for its ‘calm waters’, as well as being the gateway to the Gulf of California. Moreover, exceptional connectivity, friendly local hosts enthusiastic about welcoming foreigners, and the vibey, mural-filled streets of the Downtown have been listed by AirBnB as some of Paz’s strongest assets.

Loreto and Todos Santos are mentioned also, with an emphasis on the latter as a regional capital for whale-watching, and the former’s historical weight. Paired at numbers three and four on the list, the duo is part of Mexico’s Magical Town heritage route. As the Secretary of Tourism puts it, visiting them is an opportunity to discover the country’s true charm.

Lastly, Cabo Pulmo charts at number five, in close proximity to Cabo San Lucas and the laid-back town of La Ribera. Unlike the others, it is not a city or settlement but a marine park and an area of outstanding natural beauty. AirBnB highlights the multitude of marine species – ‘more than anyone can imagine’ – and the rafts of sea lions sunbathing on beaches.

The Campaign Is The First Of Its Kind In Mexico

AirBnB’s and Baja California Sur’s joint promotional campaign is the ‘first of its kind’ in Mexico, and an attempt to encourage ‘sustainable’ nomadism, amid fears this trend will see rental prices eventually shoot up and Mexican-born residents driven away from communities as landlords turn to travelers as preferred tenants.

This phenomenon is already observed in 23 cities in Europe.

Pinpointing that 42% of Baja California Sur is made up of natural reserves and UNESCO-recognized sites, Maribel Collins Sánchez, the state’s Secretary of Tourism and Economy, was quoted saying remote workers will able to ‘immerse themselves in the different landscapes of the state such as the desert of the beach and travel in a sustainable way‘.

More information about the initiative can be found here.