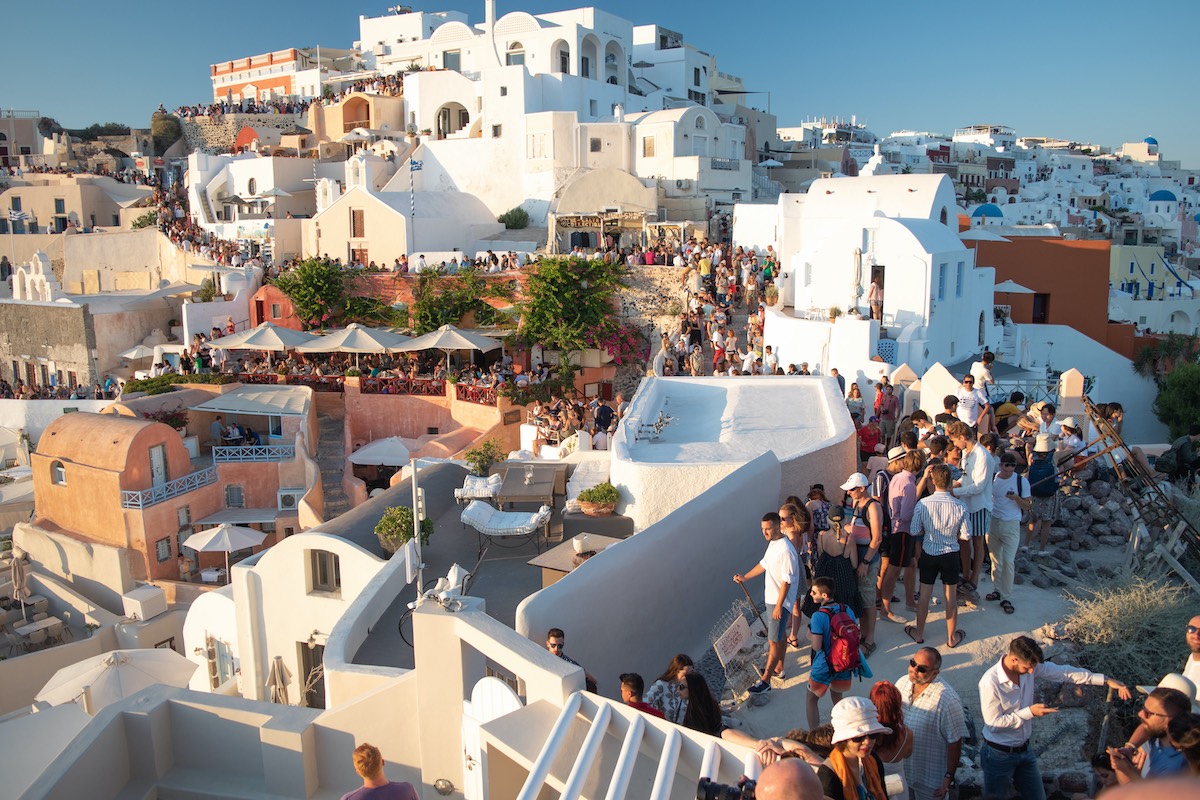 7 Overrated Destinations For 2023: Should You Change Your Travel Plans?

There are certain destinations that look incredible on social media but are not at all what you expected in reality. Places that became so popular that all you can see are large crowds that make it impossible to truly enjoy or even take one nice picture. Or you encounter restaurants and accommodations so expensive that make you question your decision to visit that city.

The world is big and there are so many fascinating destinations to visit that are truly worth the time and the money to visit, but others seem to have just great marketing behind them.

To help travelers across the world, we created a list of 7 overrated destinations, considering our personal travel experiences, the current travel reality at these destinations, and other travelers’ anecdotes, here’s the result:

“The City of Light” is always trendy and now that “Emily in Paris” season 3 is out, people from all over the world are flocking to France’s capital to have a fancy dinner on the Eiffel tower, drink a ​​Kir Royale in a beautiful Parisian terrace, or have a romantic moment at the ‘Le mur des je t’aime’ (the wall of love). But is it really worth it?

Opinions about Paris are polarizing more and more, people absolutely love it or hate it. But why would people hate the most romantic city in the world? We gathered a few reasons. One of travelers’ current main concerns has to do with its popularity, sometimes there are so many tourists that it feels overwhelming. Other discouraging factors are garbage —certain streets have trash piled up and look filthy—, and the high prices. Paris is very expensive! The average price for a basic room in Paris is around $150 and food —especially near landmarks— can be extra pricey. And yes, French people in this city might not be the friendliest.

The gorgeous emerald water, the white sand, the fancy hotels, it all looks like a dream come true until… you get bored! This fascinating destination in South Asia has the promised natural beauty, but many travelers have complained about the lack of activities, restaurant options, and uninteresting nightlife.

Flight tickets to the Maldives are expensive and it takes at least 16 hours to get there on a direct flight from the United States! For some American travelers visiting the Maldives is not worth it, especially considering that there are other beautiful Caribbean beaches just a few hours away.

This city is known as one the coolest places in the United States where travelers get to explore Hollywood, hike to the Hollywood sign, and visit the Griffith Observatory… if you’re still in the mood after a horrible traffic experience from the airport.

Over 63,000 people are homeless in Los Angeles…#LA #losangeles #homeless #poverty

Traffic in Los Angeles is a historical part of the city that doesn’t seem to evolve, and it’s even featured in movies like La La Land. Even though LAX will have new train cars this year to reduce traffic congestion, moving around the city can be very frustrating.

And not many influencers talk about the drugs, the trash on the streets, and the homeless crisis. According to a recent report, nearly 42,000 people experienced homelessness in Los Angeles City in 2022, and travelers get to see the crisis firsthand.

Don’t come for us, keyboard warriors! Yes, Bali is a magical and beautiful place, but some people are constantly surprised by the bad infrastructure—including unwalkable sidewalks, massive litter problems and rising crime.

Travelers can also encounter garbage on the beach, depending on the places they are visiting, and others have complained about increasing prices and certain travel experiences designed for tourists that don’t feel authentic.

This famous Italian city has been getting maybe too much attention lately. Overtourism is a major concern for the government and they have been announcing new measures to restrict access by requiring travelers to prebook and pay a fee to enter the city. The ticketing system has been delayed, so crowds are still packing the small city.

♬ Into The Thick Of It! – The Backyardigans

And locals no longer live in Venice, the population has been diminishing—it dropped below 50,000 people in 2022—  so it feels like a themed park. Residents have been feeling suffocated by tourists and preferred to leave, turning the city into a sort of museum. Also, travelers have complained about the bad smell, garbage, certain buildings in terrible conditions, and, of course, the large crowds.

Not too far from Cancun, Tulum has been a fascinating destination for travelers from all over the world. But the travel experience might not be as glamorous as many Tuluminati—a term used to refer to digital nomads and foreign influencers living in this town—make it look.

Tulum has been losing popularity due to the ridiculously high prices visitor have to pay for everything. Taxi fares are among the highest in the world —around $25 – $100 US for a 5 km ride depending on the driver—, more expensive than Manhattan! Hotels are very expensive, the Internet connection is not good or stable, and the plumbing could improve too, it is barely functional. And there are similar —less crowded and less expensive— destinations nearby like Bacalar with similar beaches and reasonable prices.

This beautiful Greek island is one of the most popular destinations in the Aegean Sea. The iconic white houses, the spectacular sunsets, and the beautiful beaches. And yes, the views are amazing but it gets too crowded and feels touristy.

Santorini has a lot to offer travelers but so do other Greek islands. Travelers on Tiktok are suggesting tourists visit Paros instead since it has the same vibes, it is cheaper and you don’t have to make long lines or walk through congested allies and lookouts.