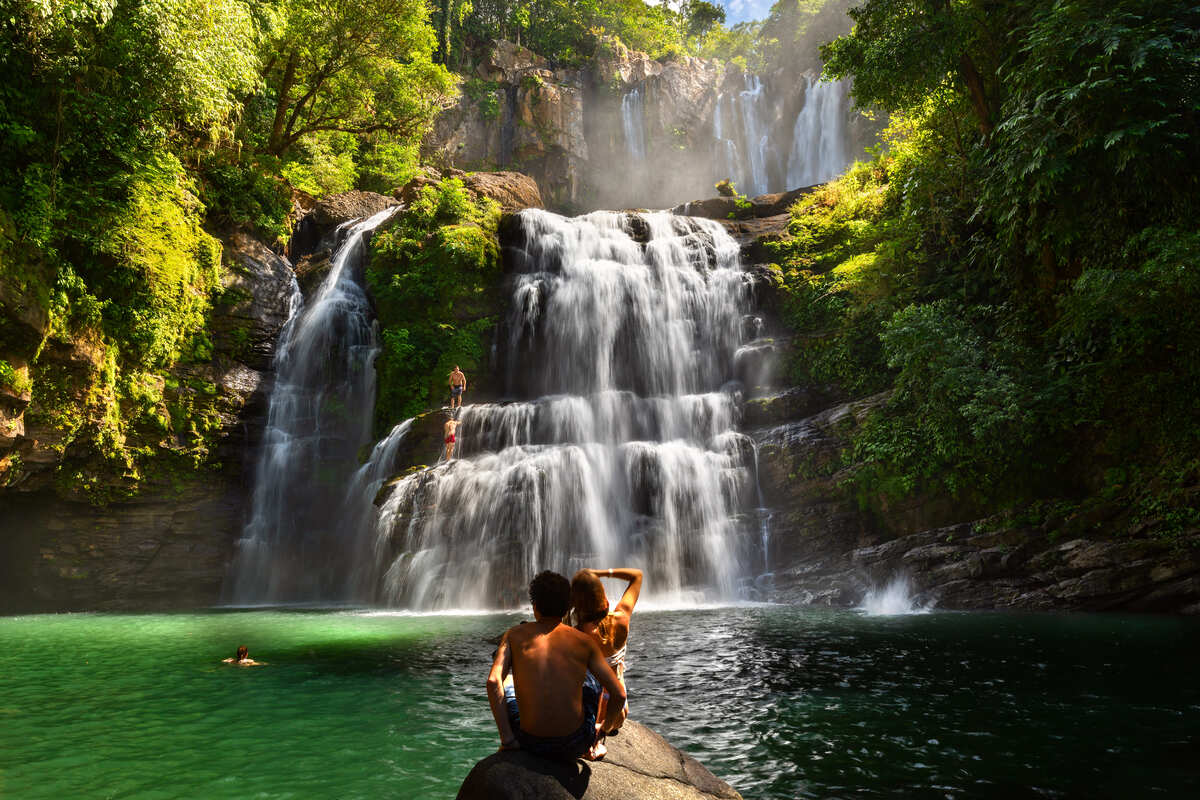 If you’ve been saving up for an extended vacation somewhere sunny in 2023, but you’re looking to escape the crime surge in Colombia, and the rising costs of Tulum resorts, perhaps you should be considering this under-visited tropical paradise in Latin America instead, where jungle views extend for miles on end, and safety concerns are almost nonexistent.

Latin America (LatAm) is the go-to destinations for U.S. citizens traveling abroad, due to the its multicultural character, flavorful cuisine rich in native and colonial influences, and most famously, its stunning nature. From Mexico’s pristine cenotes to Brazil’s gorgeous Atlantic coast, there are numerous unmapped locations waiting to be (re)discovered.

Perhaps symbolically, one of the top rated countries for an introductory visit sits right at the crossroads of North and South America:

As numerous parts of Latin America continue to face political crises and civil unrest, there is one nation in particular not only enjoying an enduring social and economic stability, but an enviable status as the safest among all members of the geopolitical group. As it turns out, there’s never been a better time to explore the wonders of Costa Rica than now.

Recently named one of the top destinations to visit in 2023 by renowned magazine Travel and Leisure, the Central American gem has seen bookings skyrocket this year after it boldly reopened for tourism in March, becoming one of the first, and to this date one a handful of Latin American countries to have removed all anti-tourism measures.

Costa Rica is a hot topic right now, and judging by it’s natural assets and cultural value, it’s not hard to see why. As we have reported previously, off-grid travel is a leading travel trend for 2023: an increasing number of travelers are expressing a strong desire to disconnect from their devices and ‘get back to nature’.

Nature Reserves, A Pacific Coastline And Caribbean Beaches, All In One Place

A quick glance at a Costa Rica travel brochure will confirm it is the ideal pick for outdoorsy persons and History aficionados alike. Its landscape almost entirely dominated by rainforests, teeming with exotic species making up to 5% of the world’s biodiversity, and home to magnificent waterfalls and nature trails.

We have already listed our favorite natural world experiences in Costa Rica, but other than protected reserves, the country has access to both the Caribbean and Pacific seas. If it’s relaxation you’re after, and outdoor adventures are not your forte, you can still admire the serene Pacific, or swim in the turquoise-blue waters of the Caribbean instead.

What about safety? How concerned should Americans be about their well-being traveling Costa Rica? On the latest Global Peace Index, which ranks 163 countries and territories from most to least peaceful, Costa Rica is the highest-charting Latin American country, meaning its ‘Society Safety and Security’ levels are high, and internal conflicts are limited.

As a matter of fact, the only country safer than Costa Rica in the Americas, including North, Central and South, is Canada. This, among other factors such as the vast tourist offer, makes Costa Rica an incredibly popular destination for all categories of travelers: big spenders on wellness retreats, young, solo backpackers, and even families.

Currently, no health restrictions apply to Americans entering Costa Rica. Authorities have exempted them from presenting a negative pre-departure test when unvaccinated against Covid, in stark contrast with the Brazilian and Colombian Governments, and proof of immunization is no longer required for incoming tourists.

Juan Santamaria International, the busiest airport in Costa Rica, and its primary point of entry, is served by an extensive list of nonstop flights from the following U.S. hubs:

*These routes are seasonal