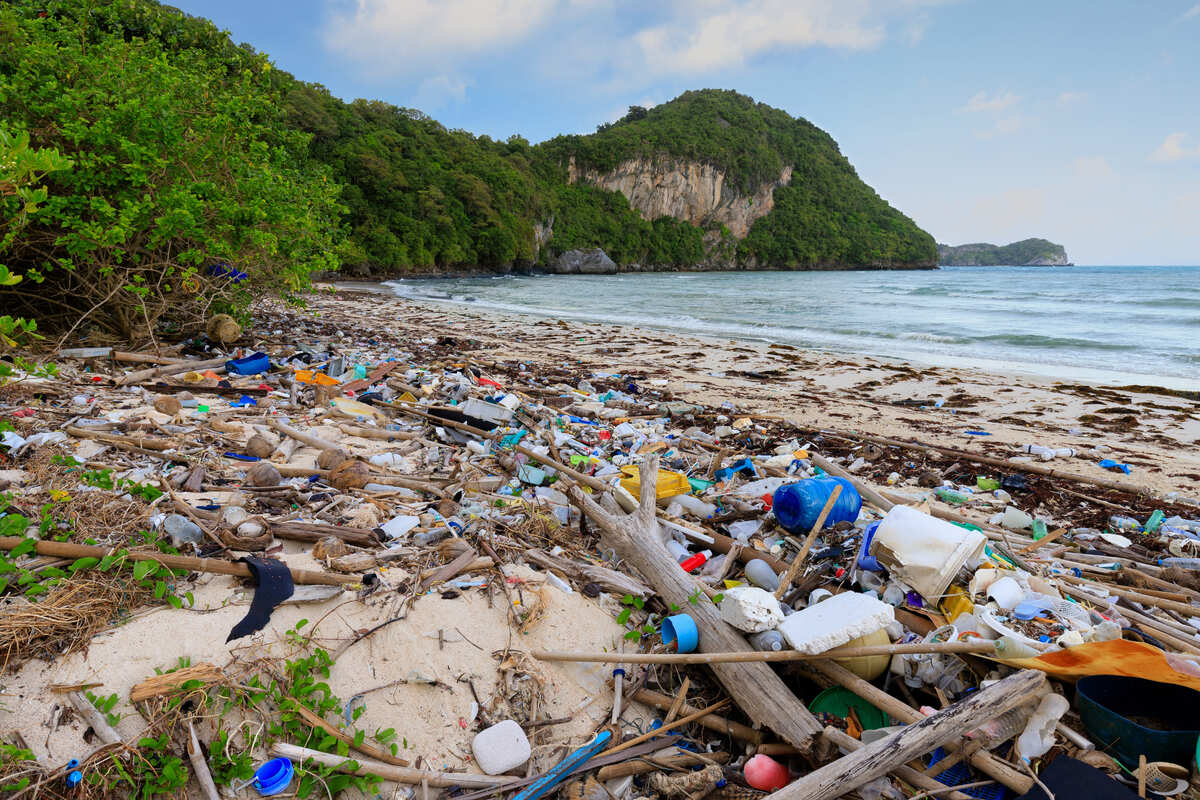 When you think Bali, it’s crystal clear beaches, inifite pools in the middle of the jungle, teal-colored bays and five-star retreats that come to mind. While it is indeed a paradisaical spot (mostly) shielded from the chaos of the 21st century, there is a darker side to the island many tourists don’t know exist, and after several TikToks went viral, the secret’s out in the open.

Following nearly three years of self-imposed seclusion, Southeast Asia (SA) is slowly reopening for tourism and reinstating normality. Several SA countries that had either banned, or strongly discouraged foreigners from visiting, such as Singapore and Laos, now welcome them restriction-free, and SA as a whole is set for a record increase in tourism in 2023.

Sadly, it’s not all roses when it comes to the region’s top beach vacation, and the world’s most sought-after winter sun destination on AirBnB:

Bali’s Uncleanliness Is The Latest Hot Topic On Travel TikTok

Recently, a Dutch tourist visiting Indonesia was surprised to learn her accommodation, which looked spectacular from the photos, was only ‘aesthetically pleasing’ when seen from one particular viewpoint. Identified as Luna de Fauw on TikTok, she has amassed over 2 million views in a single video since exposing Bali’s tougher, off-screen reality.

As shown on the clip, Mrs Fauw initial view from her hostel balcony is a beautiful recreational area, featuring a garden lined with palm trees and a bright-blue pool where guests are seen swimming, or lounging by. Once she turns the camera only slightly to the left, changing the focal point, a different scene altogether materializes:

That of a muddy dumping or construction ground, and zooming into the horizon, a development site in what looks like a run-down district of Canggu, Bali’s most visited town. The material was filmed from Mrs Fauw room at Kos One Hostel, where prices average USD $40 per night, already incredibly expensive by SA standards.

Watch the viral TikTok below:

In the caption, the TikToker used hashtags like #itbelikethat and #instavsreality’, prompting thousands of fellow users who have been to Bali themselves, and were confronted with the island’s widespread underdevelopment when they expected a picture-perfect scenery to voice similar complaints in the comment section.

‘samN’ stated Bali is the most ‘overrated place’ he has been; ‘mysparky B’ shared his disappointment by declaring Bali has the ‘worst energy’; ‘J. Sandler’ targeted yet another popular international destination favored by Americans, implying Tulum, in Mexico, is just as dirty. At the same time, many others were critical of the tone of the video.

‘Aatirah’ wrote Mrs. Fauw had been watching too many people who think Bali is ‘all glitz and glam’; ‘Todd Dewhurst’ questioned whether they are not allowed to do construction simply because it’s touristy; ‘Mikee007’ replied he doesn’t ‘care’ what anyone says: ‘Bali is a vibe’ and he loves it. Still, the controversy spilled onto more TikToks:

Is Bali’s Prestige As A Relaxation Hub Declining?

Bali expectations vs reality 🥴 So crowded, yelled at all the time to buy something and full of stealing/attacking monkeys 🐒🥲 Still a beautiful place to visit, but maybe better in dry season.. Spending rest of my Bali intended holiday in sunny and calm Nusa Lembongan 😁 #rainseason #monsoonvibes #jokes #bali #expectationsvsreality #expectationvsreality #balireality #balitrip #baliexperience #monkeys

Countless members of the community have been drawing attention to Bali’s alleged ‘dirtiness’, low standards of water safety, and the poor state of some of the beaches: With this being said, to which extent are these claims true?

Of course, everywhere has its pros and cons. Cancun is a paradisaical Caribbean escape, but it does not come without a fair share of scammers and overpriced accommodation, and Spain is certainly not to be missed on a trip to Europe, though caution in large urban centers where pickpocketing is common is still urged, and Bali is no exception… even though perfectionist travel influencers often fail to portray it on Instagram.

The nature of the problems naturally differs, based on development indices, a country’s internal challenges, and even its social fabric, and in this regard, it is worth noting Indonesia is not a developed country, with higher rates of poverty compared to Western states, pollution, and other problems relating to rapid urbanization.

According to UNICEF, nearly 25 million Indonesians do not have access to a toilet, resorting instead to open ditches and canals, and water quality tends ‘poor’ regardless of one’s socio-economic conditions, supporting claims made on TikTok. In Yogykarta, an upscale city in Java, up to 67 percent of household drinking water is contaminated.

Even then, tourists are rarely ever met with the harsher reality on the ground, for one very simple reason: vacationers in Bali, or any Indonesian province on an extent, normally stay in hotels where sanitation is observed, and follow well-defined, pre-arranged tourist routes circumventing the dodgy suburbs.

And then, Bali is the most mesmerizing province in Indonesia. Home to countless temples set against mountaineous backdrops, a well-developed wellness culture, with an emphasis on spirituality, and dense tropical jungles known to muffle the sounds of the modern world, it is not only a destination, but a whole experience every traveler should try at least once.

It is also a major center for the culture: whether you’re strolling the lively, market-filled streets of Denpasar, the island’s capital, or exploring any of the quaint fishing villages along the coast, rich in tradition and where locals are best known for their family-oriented values and hospitality, you will quickly understand the appeal of Bali.

♬ My Heart Will Go On (Flute Version) – Faith

Whatever its shortcomings as a sunny hub, mainly attributed to uncleanliness, Bali has too many wonders and pristine, trash-free beaches to be marveled at for poverty-stricken, non-touristic districts to steal the limelight. In fact, Canggu and numerous other towns still rank high on bucket lists heading into 2023, proving they may not be exactly Insta-perfect, but that doesn’t mean they’re not beautiful, much less not worth visiting.